Avalon back at The Valley for Manikato bid

Shane Nichols and Streets Of Avalon are returning to The Valley on Friday evening for a shot at another feature sprint, this time the $1m, Group 1 Manikato Stakes (1200m).

Like the Group 2 Australia Stakes back in January, the Manikato Stakes will be run over 1200m, and Nichols said Streets Of Avalon was in top shape for the contest.

And Streets Of Avalon will be reunited with Zac Spain on Friday night.

Spain rode Streets Of Avalon to his Australia Stakes victory and and has been aboard in five other wins, including the Group 1 C F Orr Stakes (1400m) at Caulfield.

"He'll gallop at Mornington on Monday morning, which is a race day, so he'll work on the rail.

"His work last week was really good, he's bright and well and in as good condition as I could want him."

Streets Of Avalon has not raced since finishing fifth to Superstorm in the Group 2 Feehan Stakes (1600m) at The Valley on September 4.

He was due to run in the Group 1 Sir Rupert Clarke Stakes (1400m) but was scratched on race eve.

"He had a bad blood picture after the Feehan and we had to scratch out of the Sir Rupert Clarke and then there hasn't been a suitable race," Nichols said.

"We did nominate for the Moonga Stakes (at Caulfield on Saturday), but with the wet track, it wasn't worth it.

"Then he can go to the Kevin Heffernan Stakes, a Group 3 over 1400 metres at Caulfield and then have a break for the autumn." 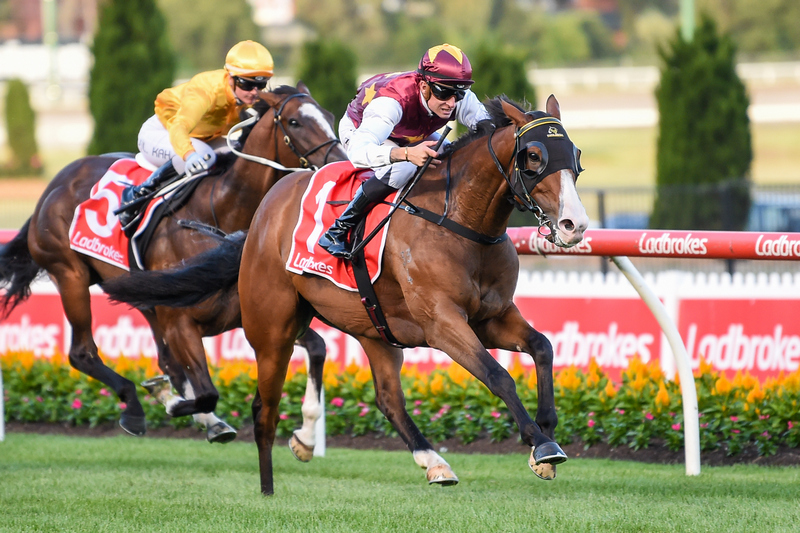