Tony Piccone closed out his Hong Kong 2019/20 short-term contract with a thrilling win aboard Sunny Power (123lb) in the Class 4 Yik Yam Handicap (1650m) at Happy Valley on Wednesday night.

The six-year-old gelding struggled for space in the straight but when Piccone found the gap, his mount accelerated to a narrow half-length score, with only that margin separating the first five horses across the line.

“He travelled well, I sat just behind the speed and he was just very strong in the finish,” Piccone said.

The win marked the Frenchman’s eighth success from 91 rides since his licence commenced on New Year’s Day, a short but sweet stint that has proved fruitful for the 32-year-old. 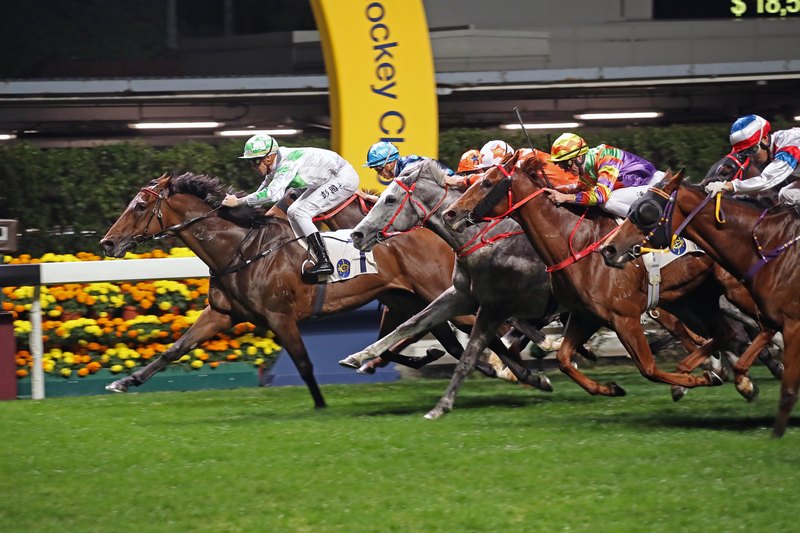 Karis Teetan rolled off the back of a Sunday treble at Sha Tin with a barnstorming score aboard Waldorf in the Class 1 Blue Pool Handicap (1200m).

“He’s one of my favourite horses in Tony’s (Cruz) stable, he’s so quiet and last season I won three races on him as well as so many places - he always tries and it’s very nice to ride horses like that, so thanks to Tony and the owners,” Teetan said.

The Highly Recommended five-year-old is now a five-time winner over the 1200m at Happy Valley, his last two scores displaying a trademark fast-finish from the tail of the field.

“He’s done his best racing here on the little track, so maybe it’s his favourite but of course if we run out of options and we have to take him to Sha Tin then we can, but at the moment we can keep him here,”

Harmony Victory has been knocking on the door all season having twice finished runner-up but tonight he rewarded connections with an electrifying rail-run under Alexis Badel in the Class 1 Shan Kwong Handicap (1650m).

“Forget his last run, he missed the start so he had to pass a barrier trial which he did nicely and I thought the sections would be slow tonight to help him,” trainer Danny Shum said, before adding, “he’s a nice horse - he’s already earned over HK$6 million in prize money.”

Apprentice Alfred Chan tallied his 20th Hong Kong win and reduced his claim from 10lb to 7lb thanks to a brilliant front-running score aboard Very Sweet Orange in the Class 4 Village Handicap (1000m).

“It’s a very special milestone for me, it’s very hard here in Hong Kong and it’s great to have ridden 20 winners, although it took me a little bit longer than I expected,” Chan said.

The 25-year-old brought up his 11th win this term and second in succession aboard the Me Tsui-trained gelding.

“I’m claiming seven pounds now so it will be harder, but it’s a challenge I am ready to take on.”

The night kicked off with Chad Schofield and Tony Millard registering their second win together this season as Gold Velvet staved off a wall of challengers to secure the Class 5 Yuk Sau Handicap (1800m).