Godolphin flagbearer Ghaiyyath is unlikely to take on Love and Enable in the Qatar Prix de l'Arc de Triomphe on Sunday week with trainer Charlie Appleby favouring either the Qipco Champion Stakes or the Breeders' Cup Turf as a next target. 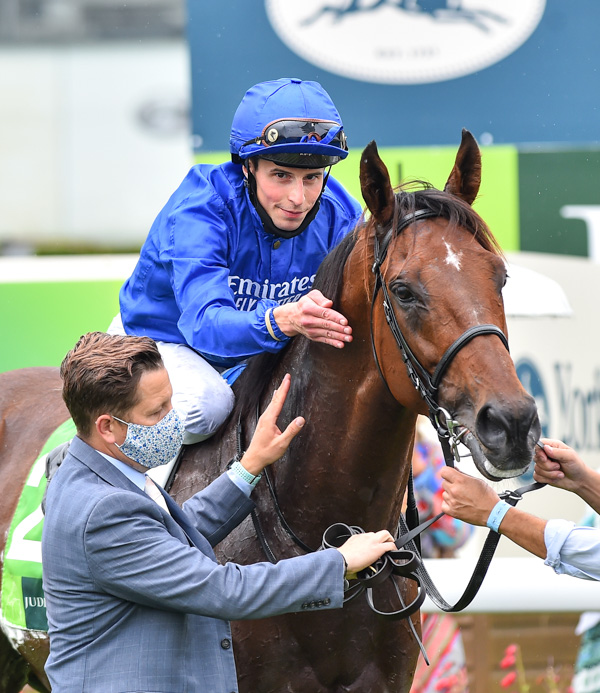 Ghaiyyath stormed to the head of the world rankings this summer with a trio of Group 1 wins on British soil but after finishing second to Magical in the Irish Champion Stakes this month, Appleby has indicated the Arc is likely coming too soon for the powerful front-runner.

"To be brutally honest, I think it's more a negative than a positive at the moment," said Appleby when considering the possibility of Ghaiyyath taking his chance in Paris.

"I feel after Champions Weekend [in Ireland] we'd probably be saying the Arc is an unlikely next start for him.

"He's put in four big performances. The first two or three were nicely spaced out but we know his last run was one of his quickest back-ups this season, so to say we're going for the Arc again and then looking for a target after that, would, in my opinion, be a big ask for a horse like him who puts in so much."

The trainer added: "Without putting a rubber stamp to it, I'd be saying we're more likely to be missing the Arc and hopefully looking towards either Champions Day or a Breeders' Cup."

After enjoying a quiet week, Ghaiyyath has been showing the right signs at home, according to Appleby, who said a final decision on whether his next start will be over 1m2f in the Champion Stakes at Ascot on October 17 or over 1m4f in the Breeders' Cup Turf at Keeneland on November 7 would only be made after discussions with Godolphin boss Sheikh Mohammed.

"We're in a lucky position that he's competitive over ten furlongs but I think he's a very good horse over a mile and a half as well. Therefore, that brings the Breeders' Cup into strong contention."

Also missing from the Godolphin team sheet for Longchamp on October 4 is last year's champion juvenile Pinatubo, whose next start could well come at Keeneland in the Breeders' Cup Mile.

"He's not going to go there," said Appleby of a possible tilt at the Prix de la Foret. "He's having a break after the Moulin and all being well he has the two options. He's got the Queen Elizabeth II Stakes and the Breeders' Cup Mile.

"As a percentage call, you'd probably be saying we're looking more at the Breeders' Cup. It could be tailor-made for him."

Appleby also revealed that leading juvenile Master Of The Seas would miss the Darley Dewhurst Stakes on October 10 and potentially head to France later in the autumn.