Sam Clipperton has given the Queensland Oaks-bound Aravene his seal of approval after guiding her to a dominant victory in the $130,000, Canadian Club Bm72 Handicap (2000m) at Rosehill on Saturday.

Stepping up to the 2000m for the first time the Fastnet Rock filly Aravene ($4.60 fav) finished powerfully to defeat Ting Tong ($6.50) by three lengths with Sea Treasures ($9.50) another half-length away third.

It was Clipperton's first ride on the filly and he walked away suitably impressed.

"She's a big, raw filly and going to the barriers she gave me a bit of an unassuming feel," Clipperton said.

"She was very green and having a good spook at things, but I think she has handled the occasion very well coming up from Melbourne and in a stronger race today.

"With the Oaks in mind for her, she has ticked today's box and it's only going to give her a bit of confidence moving forward as well." 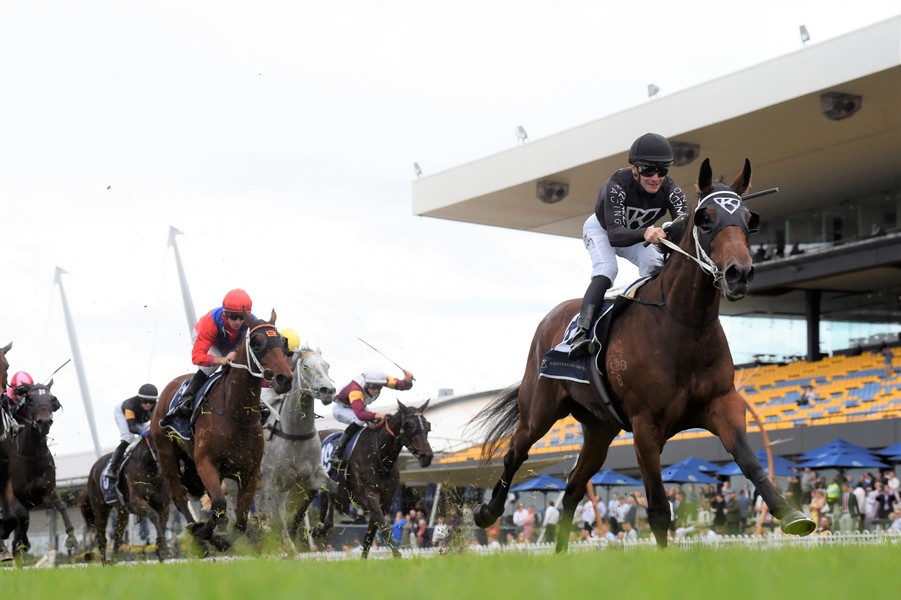 Aravene was also an acceptor for The Roses (2000m) at Doomben on Saturday, but Flemington trainer Caroline Jennings opted for the Sydney assignment and was glad she did with the Brisbane meeting washed out and postponed to Wednesday.

"She went great. She will go to Queensland now for the Oaks," Elliott said.

"We were lucky we didn't go north (on Saturday).

"I was a bit worried when he got so far back but Sam knows what he's doing and rode her great."

Clipperton, who won last week's Group 1 Doomben 10,000 aboard Mazu, said he would be happy to stick with Aravene in the Oaks but was resigned to missing out on the ride.

"I'll put my hand up but I think Brett Prebble is locked and loaded," he said.