Young apprentice jockey Brock Ryan has had an afternoon to remember at Rosehill, landing his first metropolitan treble then bettering it with a four-timer.

It was an especially sweet moment for the junior rider who has endured a rotten run of bad luck, missing some key autumn engagements on Percy Sykes Stakes winner Jamaea when he broke his leg in a trackwork fall, just a few months after he was sidelined during the Christmas period following a race fall at Canterbury in November.

A thrilled Ryan opened his account aboard So Say You in Saturday’s Highway Handicap (1500m) before adding wins on Chat in the July Sprint (1100m), No Compromise in the Schweppes Handicap (2400m) and Cuban Royale — for his bosses Robert and Luke Price — in The Agency Real Estate Handicap (1200m). 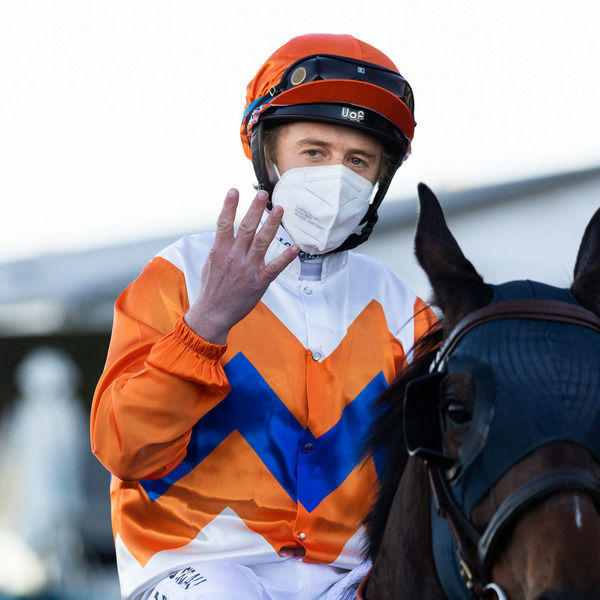 “I’m over the moon,” Ryan said. “I just got my apprenticeship extended for another four months, so I’m still apprenticed until December now, which is good.

“I’ve been apprentice to Rob and Luke for the last two years now. They’ve helped me heaps with my riding. Luke was a great rider himself and he’s a great mate, so it’s great to repay them.”

Ryan was booked for five rides at Rosehill on Saturday and brought up his quartet aboard his first four. He said he thought his mounts were good chances but didn’t want to get ahead of himself.

“I don’t like to puff the chest out and be too confident, but I was confident most of my horses would run well today, so it was good to get the results,” Ryan said.

The Chris Waller-trained No Compromise provided the third leg of Ryan’s treble, narrowly edging out Sound Of Cannons in a photo-finish.

Waller will keep an open mind on where he heads with the in-form stayer, who has won three of his past four starts.

“I’ve got respect for the second horse and Harpo Marx, which was in the race. So who knows? He might be a lightweight Metropolitan chance.”

.@Haynsie75 spoke with Luke Price after the win of Cuban Royale & @LizzieJelfs speaks to the in form Brock Ryan who has ridden FOUR winners today 👊 pic.twitter.com/nX2owE2SMA