Frankie Dettori was reunited with Enable for the first time in three weeks on Saturday morning when the duo completed their last serious preparation for another history-making bid in the Qatar Prix de l'Arc de Triomphe next Sunday. 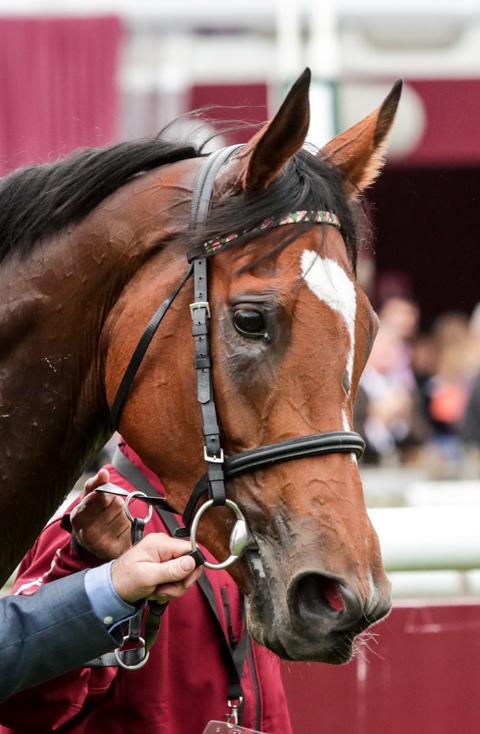 In windy conditions it was appropriate that Enable was asked to breeze a mile on the Limekilns round gallop, the most demanding turf facility in Newmarket.

After 20mm of rain on Thursday followed by strong, drying winds the ground was riding perfectly as Dettori eased Enable past her lead horse at the close of the exercise, which was played out in front of a sprinkling of Saturday-morning onlookers.

This could be the last time the mighty Enable graces the Limekilns, where she first set foot in 2016, although her jockey admits he is trying not to think too much about the time when she will not be around.

Khalid Abdullah's star, who has looked to be in the form of her life at home since her romp in the Group 3 September Stakes at Kempton three weeks ago, may finish her preparation on Wednesday with a spin on the Al Bahathri all-weather gallop.

After her exercise, trainer John Gosden said: "All was well with Enable this morning. She only breezed around the round gallop with a lead horse and no questions were asked by Mr Dettori.

"The ground was perfect all across the Limekilns and it was ideal for her. We just need to get through the next week but now it's all systems go."

Also using the round gallop to complete his preparation was Gosden's Arc second-string Stradivarius who looked as though he could be a player in Paris judging by the way he strode out over a mile under Robert Havlin.

The three-time Gold Cup winner was just tapped for toe when finishing a close second to Anthony Van Dyck in the Group 2 Prix Foy at Longchamp last time but could be in business if it comes up soft in Paris.

Gosden and owner Bjorn Nielsen have yet to book a jockey for the six-year-old although it is likely the rider will be French-based.

Enable, who won the Arc in 2017 and 2018, but was denied a record-making third triumph when second last year, is the general 2-1 second favourite behind brilliant three-year-old Love, while Stradivarius is 16-1 with William Hill.