Al Galayel (IRE) been penalised for the Group 1 double of the Caulfield and Melbourne Cups following his victory in the Group 3 JRA Cup (2040m) at The Valley.

Racing Victoria handicapper Greg Carpenter penalised the Ciaron Maher and David Eustace-trained galloper 1.5kg for both the $5 million Caulfield Cup (2400m) on October 17 and the $8 million Melbourne Cup (3200m) at Flemington on November 3.

The penalty takes Al Galayel to 52.5kg in both races.

“Al Galayel has struck a rich vein of form this season winning his past three starts and his maiden Group 3 victory at The Valley on Friday night came in dominant fashion by a comfortable margin,” Carpenter said.

“It was a competitive field that Al Galayel defeated with three Derby winners, a VRC Oaks winner and last year’s Caulfield Cup placegetter Mirage Dancer among the beaten brigade which added merit to his performance.”

The 1.5kg penalty is the same given to 2010 JRA Cup winner Precedence who did not contest the Caulfield Cup before running eighth in the Melbourne Cup that year.

The third-placed finish of Levendi in the JRA Cup was enough for the 2018 Australian Derby winner to pass the Caulfield Cup ballot, pushing him to 40th place in the order of entry.

The Matthew Smith-trained Attorney (FR) passed the ballot for both Cups with his win in the Colin Stephen Quality (2400m) at Randwick on Saturday while Al Galayel’s stablemate High Emocean did likewise in the Melbourne Cup courtesy of her Ansett Classic (2400m) triumph at Mornington on Sunday.

Carpenter said neither horse was penalised due to the strength of their opposition and the fact that both horses were on the limit weight.

As a result, Attorney remains on 50kg in the Caulfield and Melbourne Cups – the same weight that High Emocean has in the latter.

Russian Camelot (IRE) is now exempt from the ballot for the Caulfield Cup after his victory in the Group 1 Underwood Stakes (1800m) at Caulfield on Saturday, but is unlikely to contest the race with connections favouring the $5 million Group 1 Cox Plate (2040m) at The Valley the following week. 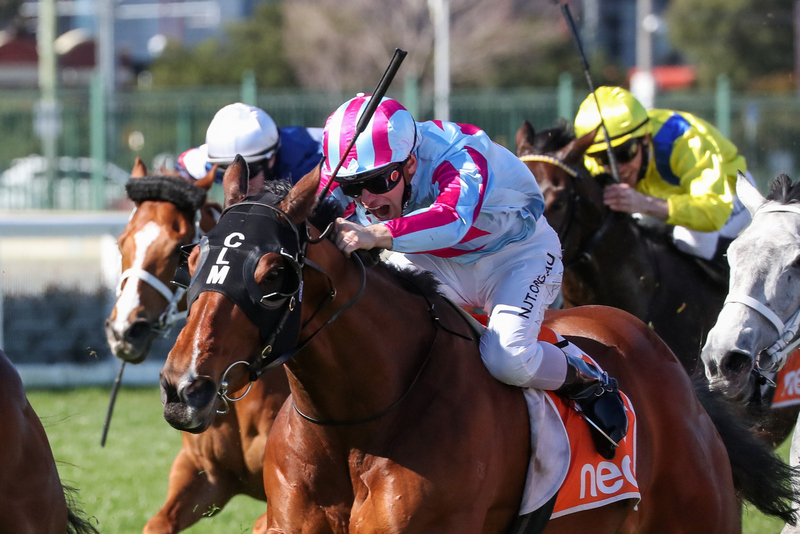