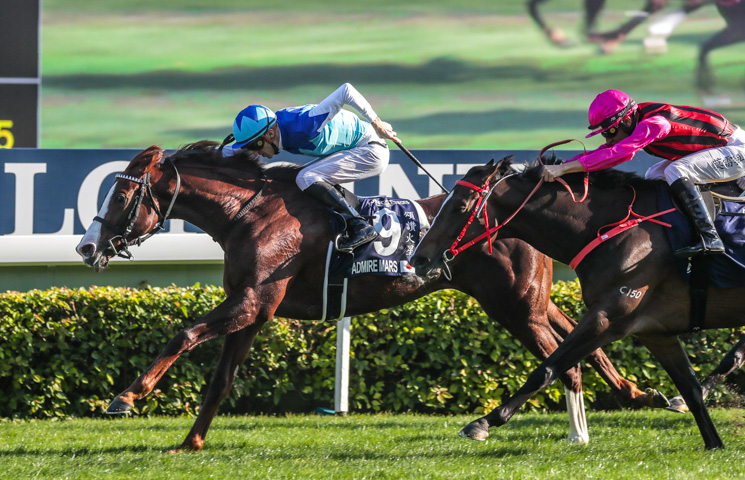 Soumillon tracked Beauty Generation, the winner of this race for the last two years, for the entire trip after settling in fifth one out as Ka Ying Star and Karis Teetan led the field down the back and into the turn.

Beauty Generation and Zac Purton raced outside Ka Ying Star and they waited to pounce after the 400m. They were able to do that, but behind Soumillon had the Yasuo Tomomichi trained Admire Mars ready along with Waikuku and Joao Moreira in turn tracking them.

Beauty Generation was leading with 300m to run and the crowd were roaring for the return to winning form for Hong Kong’s champion. However, Soumillon had extracted Admire Mars out to the middle of the track and Moreira was following with Waikuku.

It took until the 150m, but Admire Mars was striding out from the moment he had room and he was past Beauty Generation on the inside and then had sufficient strength to keep the more experienced Waikuku out and win by a half-length.

Waikuku (Harbour Watch) and Moreira were 1 1/4L ahead of Beauty Generation (Road To Rock) and Purton with last year’s winner still running well at this level, just not quite well enough to find that extra required to keep the rest at bay. Normcore was fourth a further half-length back.

“I knew my horse was very strong, although his last run wasn’t that good,” said Soumillon.

“He was the best two-year-old last year in Japan, probably the best three-year-old in Japan too.

“I knew he could stay that distance quite well, he has good gate speed, he liked the ground, so I was quite happy. I told the lad before the race when I saw the odds on the screen 'there’s something wrong there because for me he should be in the first four favourites'. I rode my race as if he was the favourite and it paid off.”

“The first time I saw Beauty Generation running this year, and last time also, I saw he didn’t have the magic he had last year, so that gave me a chance to think that he was beatable,” he revealed.

“For a few strides I thought Zac would go and then at the 300 metres mark I thought ‘I will grab him’. I felt Joao coming on the outside and he’s flying so much at the moment, I thought it would be hard to push my horse into the line but he did it really well.”

Tomomichi has shown adventure in campaigning horses overseas already, taking the likes of the 2017 Dubai Turf with Vivlos and running Cheval Grand at York and Ascot a few months ago.

“I did think this was going to be a difficult race for a three-year-old to win, but when I saw how he had settled here earlier this week, I thought that he looked really well,” he said.

“Christophe Soumillon had asked to ride the horse, and he gave him a very good ride.”

He continued: “We were all going to wear the same suit and tie together, so it still feels as if Mr Kondo is with us watching the race. He was a big supporter for me for a long time, he had many good horses, and he was a very good person.”

He came to Sha Tin after a break and his worst result of a ninth to Normcore in the Grade 3 Fuji Stakes over 1600m at Tokyo on October 19th.  His record now stands at six wins from nine races. 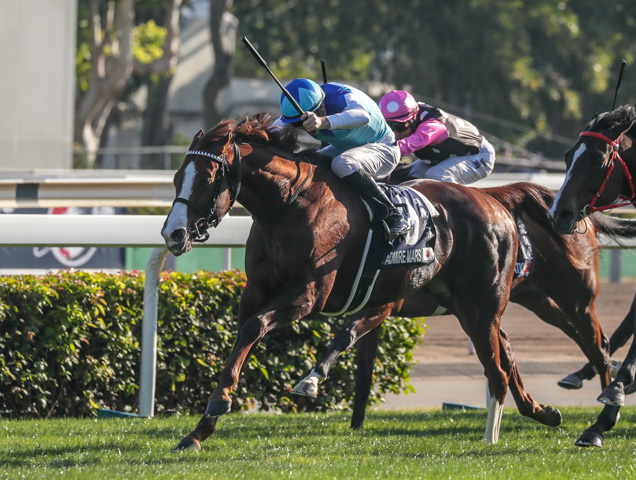