The four-year-old was expected to make his seasonal debut at Ascot on July 23 after being ruled out of the Coronation Cup and the Coral-Eclipse earlier this year.

Star three-year-olds Desert Crown and Westover head the line-up in what could be a tantalising rematch between the Cazoo Derby rivals.

The race would mark Desert Crown's first start since success at Epsom in June, with third-placed Westover since going to land a decisive victory in the Irish Derby.

The pair will receive an 11lb weight-for-age allowance over their older rivals, with the Aidan O'Brien-trained Stone Age the only other three-year-old colt left in the field.

Cazoo Oaks runner-up Emily Upjohn remains in contention but is expected to head to the Irish Oaks on July 16 under Frankie Dettori, where the filly is currently odds-on to overturn her Epsom result with Tuesday.

John and Thady Gosden may instead rely on Mishriff for the King George following the five-year-old's eyecatching performance in the Coral-Eclipse when second to Vadeni.

Runner-up behind Adayar in the contest last year, Mishriff will take on Broome and Lone Eagle once more, who finished fourth and fifth respectively 12 months ago.

International raider Torquator Tasso will add another intriguing dimension to this year's race after he was slashed to 8-1 for Ascot following an impressive win in Hamburg last weekend.

The five-year-old could make his first start in Britain ahead of a return to Longchamp, where he will defend his Prix de l'Arc de Triomphe crown in October.

The King George field is bolstered by four entries from William Haggas, who seeks a first success in the 1m4f test.

Alenquer, Addeybb, Dubai Honour and Hamish remain entered, with Haggas not ruling out the possibility of running all four should the ground turn soft.

Stradivarius heads 20 entries for what could be the final start of his career in the Al Shaqab Goodwood Cup Stakes (3.35) on July 26.

The popular stayer suffered defeat in the Ascot Gold Cup but will aim to end on a high with a historic fifth Group 1 success at Goodwood, with Ascot 1-2 Kyprios and Mojo Star also in contention.

It is yet to be confirmed if Frankie Dettori will maintain the ride on Stradivarius after the jockey renewed his partnership with John and Thady Gosden on Tuesday.

Also entered is Northumberland Plate hero Trueshan, who claimed last year's contest from the reopposing Away He Goes.

The following day will see the much-anticipated return of Baaeed, who will take on the leading Godolphin stars in the Qatar Sussex Stakes (3.35).

Unbeaten in eight starts, Baaeed could face 2,000 Guineas 1-2 Coroebus and Native Trail, with Real World and Modern Games also featuring in a star line-up for Godolphin. 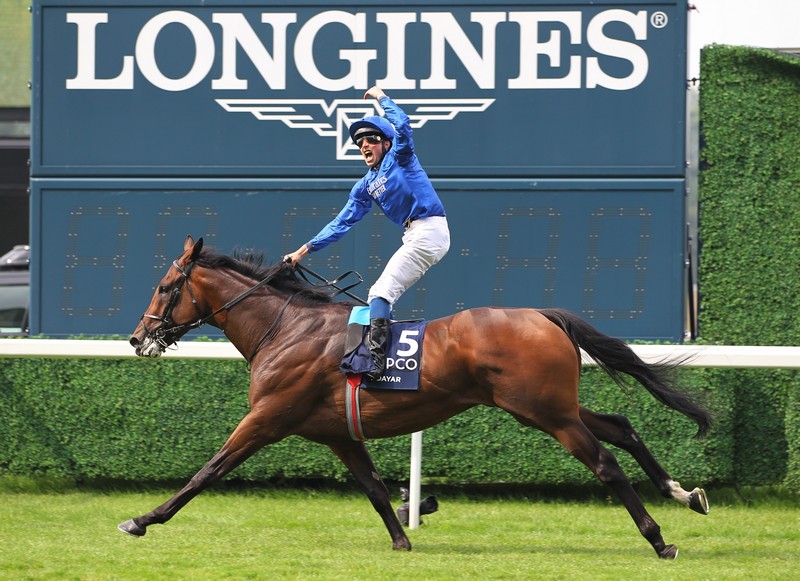