Ace Korea produced a breakout performance to win the Kookje News Cup at Busan Racecourse on Sunday afternoon. The three-year-old dominated a field containing some of the nation’s best sprinters as he cruised to a two-and-a-half length victory. 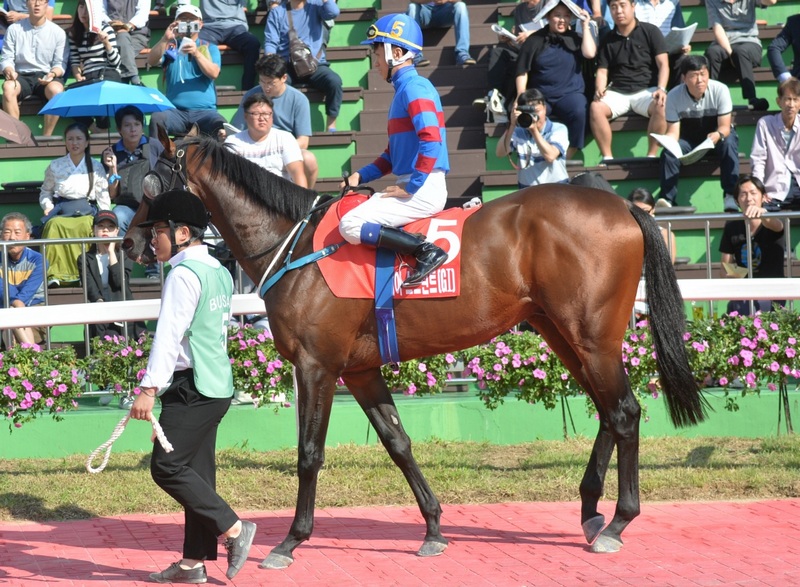 Always set to be a battle of the up and comers against the established stars, the five-year-old Doraonpogyeongseon, recognised as the current top one-turn horse in Korea was sent off as slight favourite ahead of Ace Korea with Today and champion mare Silver Wolf also well supported. Ultimately Ace Korea was untouchable.

He didn’t even get off to the best of starts. While Perdido Pomeroy looped the field to take an early lead, Ace Korea stumbled out of the gate slightly with jockey Jo Sung-gon coming perilously close to slipping out the side. He held on and Ace Korea was quickly into stride and on the shoulder of the leader. When Perdido Pomeroy inevitably faded in the home straight, the young colt took things up and was a winner all the way.

Silver Wolf rallied home for a good 2nd with 80/1 chance Morning Daero grabbing an unlikely 3rd, a head in front of Today. Doraonpogyeonseon endured a difficult trip and once he finally found some room it was too late, and he could only manage to come home in 5th place.

An American import by Smiling Tiger and out of the Broken Vow mare Queen Rolex, Ace Korea is trained by Australian Peter Wolsley, who with the win moved onto a remarkable 497 winners in Korean racing. Ace Korea has accounted for six of them now and while this is his first triumph in Listed company, he had already dropped a big hint as to his potential when 5th in the international Korea Sprint in September having briefly led the race close to home.

A trip to the Dubai World Cup Carnival is a potential next step for Ace Korea. With his trainer still convinced we haven’t seen the best of him yet, he could provide a lot of interest come the New Year.