The Coral-Eclipse at Sandown - preview

The 2000m Coral-Eclipse Stakes, the £475,000 highlight of a cracking day’s racing at Sandown Park this Saturday has played host to some of British Flat racing’s most iconic performers in its long history, with recent winners including great names such as Giant’s Causeway, Falbrav, Sea The Stars and Golden Horn. This year’s renewal sees a fascinating clash within the 3-y-o Classic Division, with a sprinkling of older horses.

Barney Roy heads the Classic Crop and after a less fortuitous passage than winner Churchill in the Newmarket 2000 Guineas, he comprehensively reversed those placings at Royal Ascot last time out in the St James’s Palace Stakes (right), one of two Group One successes for jockey James Doyle, who also struck aboard Big Orange in the Gold Cup.

“I knew after the 2000 Guineas that if we’d had the sort of run that Churchill had enjoyed, we’d have gone very close,” Doyle said earlier this week.

“I’m taking nothing away from Churchill, who is a very good horse, and he clearly didn’t run his race last time, but it was still a really good performance from Barney Roy at Royal Ascot and I am really, really looking forward to the Eclipse. Obviously he’s moving up to 2000m for the first time and that’s a question he has to answer. But he has really run through the line on both of his last couple of starts and I certainly don’t believe it will be a problem. I’m not sure if I’d say he is improving, but he’s getting stronger all the time and learning too. I think he’s a very talented horse.”

Another question for Barney Roy to answer on Saturday concerns the strength of the three-year-old form, now that his generation is asked to tackle talented older horses for the first time in this race. Among the older runners, Ulysses represents Sir Michael Stoute while smart miler Lightning Spear is a fascinating runner for David Simcock following his below par-run in the Queen Anne Stakes.

However it is three-year-olds who very much dominate the betting with Barney Roy being joined at the head of the ante-post betting by Cliffs Of Moher and Eminent, respectively second and fourth in the Investec Derby.

Aidan O’Brien earmarked the 10-furlong contest for Cliffs Of Moher, his beaten Derby favourite, and the three-year-old is one of only two entries from Ballydoyle, alongside Taj Mahal.

Eminent, a close fourth at Epsom, joins Cliffs Of Moher in dropping back in distance from 2400m. He will be partnered for the first time by the man on course to be champion jockey this season, Silvestre de Sousa. 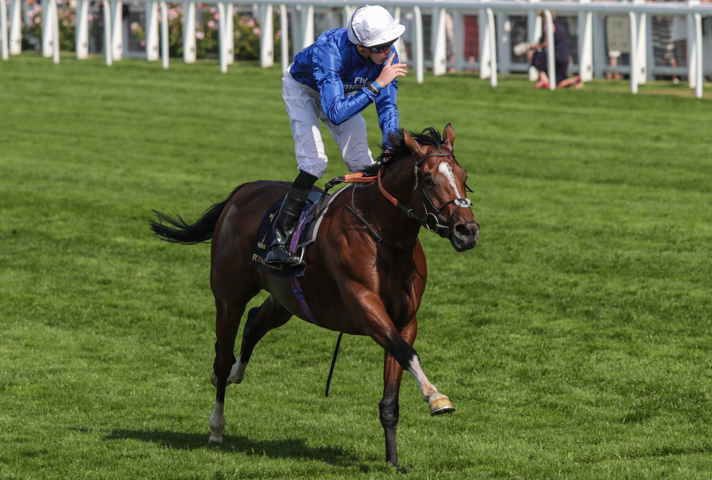 The pick of the rest of the card

Some high-quality sprinters such as Lochsong and The Tatling figure among the roll of honour for the 1000m Coral Charge, the Group Three contest that heads up the remainder of the action from Sandown on Saturday. The likes of Goldream and Muthmir have cut it at Group One level in the past and must be respected, while Battash is an improving 3-y-o who took a Listed event over course and distance last time out.

An eyecatching third in the Sandringham Stakes at Royal Ascot, the Richard Hughes-trained Paco’s Angel is among the runners for the 1600m Coral Distaff, a Listed event for fillies on the same card. French jockey Gerald Mosse is an interesting booking for the Clive Cox runner Pavillon, who won her first two starts, but was beaten in a handicap last time out at Wolverhampton.

The 3250m Coral Marathon features Royal Ascot winner Oriental Fox, who prevailed in the longest Flat race of the season, the Queen Alexandra Stakes, as well as popular veteran High Jinx, third in the Yorkshire Cup on his recent return having been off the track for two years with a leg injury that had originally looked serious enough to force him into retirement.