He might be getting on in years but that wasn’t enough to stop Red Excitement claiming his first 2000m race win at the age of seven in the $150,000 Group Three Summer Cup at Randwick on Saturday. 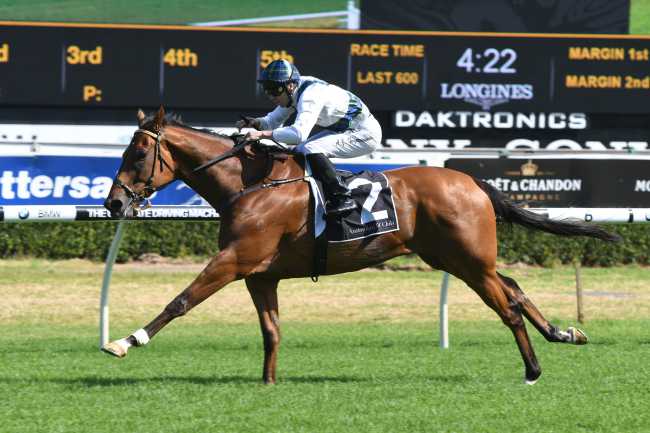 
Trained by Gerald Ryan, Red Excitement had spent almost all of his 38 career starts racing as a sprinter miler but Ryan always thought he could get 2000m after a solid third over 1900m as a three-year-old.

It took four years to get there but Ryan was proven right on Saturday thanks to a lovely front-running ride from Adam Hyeronimus.

After jumping well, Hyeronimus took Red Excitement to the lead and the pair dictated the tempo, with Red Excitement resting his head on his chest until the home turn when his rivals looked to get involved.

Unfortunately for his rivals, after running the first mile at his own pace, Red Excitement had plenty left to give in the straight and nobody got within a length and a half of him. Over the final furlong he pulled clear eventually scoring an easy win.

The official margin was three lengths to Foreign Prince (NZ) (Panya) with a further length to Shalmaneser (Ford) in third. The overall time was a pedestrian 2.03.81 with the final 600m run in 35.46.

“He is a good horse and has been a good horse for years,” Ryan said. “He is seven-years-old having his first go at 2000m.

“We were going to have a go at the Canberra Cup the past couple of years but things have gone wrong. We were going to go for the Villiers before this then onto the Gosford Cup. He missed a run in the Villiers which wasn’t ideal but I thought if he was ever going to run 2000m it was today.

“He has been a great old horse. He has had his problems, has had 12 months off with tendon injury. He has just been a super horse.

“He relaxed well and it also helped that nothing took us on,”Hyeronimus said. I deadest jogged for three quarters of the race, picked up well into the straight and with an easier run like that he was always going to be hard to beat.”