Retirement for Prince Of Penzance (NZ)


The 2015 Group 1 Emirates Melbourne Cup winner Prince Of Penzance (NZ) will be retired after surgery to his fractured off-fore leg sustained when running fourth in the Group 2 Herbert Power Stakes (2400m) at Caulfield on Saturday.

Prince Of Penzance was first thought to be lame after the race and almost immediately the fracture was discovered and he will be operated on at the Ballarat Veterinary Practice on Monday.

Part-owner Sandy McGregor said he expected the horse will be retired reported Racing.com.

“I would suggest that the overwhelming likelihood is that he’ll be retired,” he said.

“The soundness and happiness of the horse is paramount to us.

“By the time he recovers and is fit again he is going to be eight-years-old so I highly doubt that he will race again.

“I reckon that he was probably going to peak this year and this season would have been his best but whether he would have been able to win the Cup again with 56.5kg I doubt but we will never know now,” he said.

Prince Of Penzance won the Melbourne Cup at Flemington with Michelle Payne riding to create history with Payne the first female jockey to win the race.

McGregor said there was a chance the gelding could live out his days on Payne’s Ballarat property from where she has started training.

“He has done his job so the main thing is that he has a long and happy life,” he said.

Prince Of Penzance, by Pentire out of the Mr Prospector mare Royal Successor, had 29 starts and he won seven and placed in nine earning stakes of $4,459,190 for McGregor, A T Broadfoot, Galadi Holdings, Wilawl Go Racing Syndicate, Dalton Racing, Men In Hats Syndicate and Winning Five Syndicate. 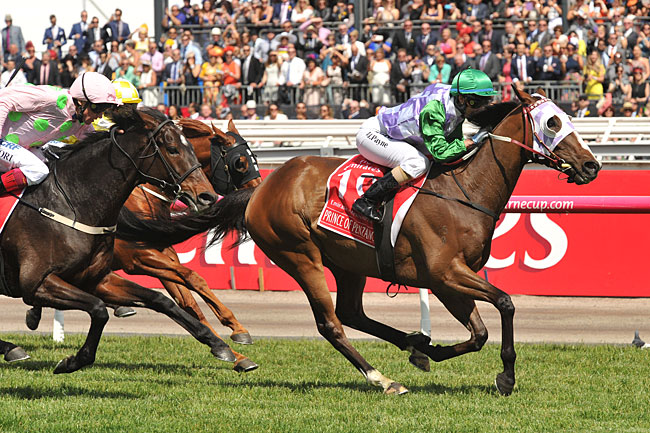