Signposted (IRE) could not have lived up to his name in better fashion with the six-year-old’s known  appreciation of soft tracks working to plan on Randwick’s Heavy 9 track on Saturday after Friday’s rain storm delivered 28.2mm of rain over the past 24 hours. 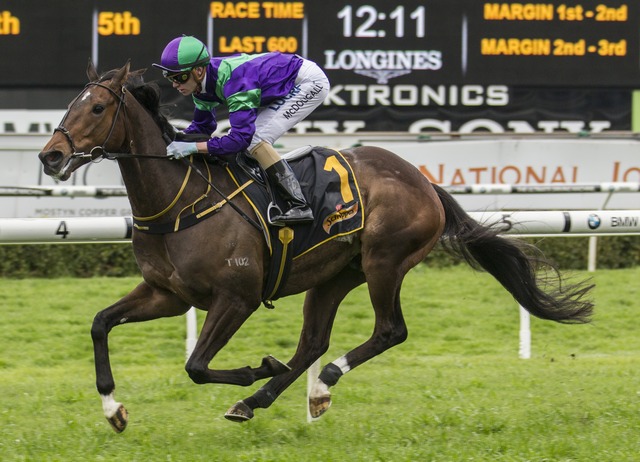 The John Thompson trained Signposted was going for four wins in succession with each of those wins on either Soft or Heavy tracks and the step up to metropolitan company in the $85,000, Schweppes Bm 80 Handicap (1600m) was also well within his reach.

Thompson had apprentice Blaike McDougall up, as he had been on the previous wins, bringing Signposted’s weight down to 58kg and McDougall proceeded to lead the rest of the six horse field on a merry chase.

McDougall sent Signposted to the front from the barriers and from that position he proceeded to control both the tempo, slow, and the rest of the race.

As they swung for the main straight McDougall stepped up the pressure sending Signposted, racing three off the rails, out to a 2L lead and the race was won. Signposted ducked in towards the rails but he was comfortably clear and at the line the margin was 1 1/4L.

“He is liking his racing on soft tracks and thriving in work and the kid has got him going well. He was a little bit fresh with the four weeks between runs, but he is going well and that is the main thing,” said Thompson.

“We do not do much between runs and he enjoys it and while it is soft I think we will keep going.

“He (McDougall) is a good kid and he is level headed and he does the hard yards at home. He has a good set of hands on him and he will go a long way,” he said.

Thompson said that Signposting did not suit the firmer surfaces in Hong Kong but after a stint in Melbourne he was thriving at Randwick and on the current soft and heavy track conditions. He said that he would keep Signposting to his grades before considering a higher target.

“The horse is flying, he was always going to lead and we got left in front and he did what he does. He feels like we are on a Good 4,” said McDougall.

It was a good return from a suspension for the apprentice.

Signposting is a gelding by Rock Of Gibraltar out of the Selkirk mare Portentous and this was his sixth win overall from 22 starts. With three third placings he has now earned stakes of $156,453 for owners KK Chung and Mrs SYS Chung. 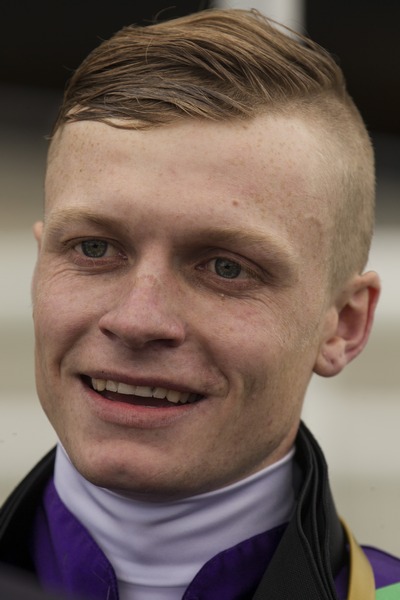