Trainer Eoghan O'Neill has revealed his Royal Ascot winner Suits You has been sold to continue his racing career in Hong Kong.

The Chesham Stakes winner, who carried the colours of O'Neill's wife Melissa and Adam Solomon when beating Ballydoyle by a short head under Cristian Demuro at Ascot, is set to join leading trainer John Moore. 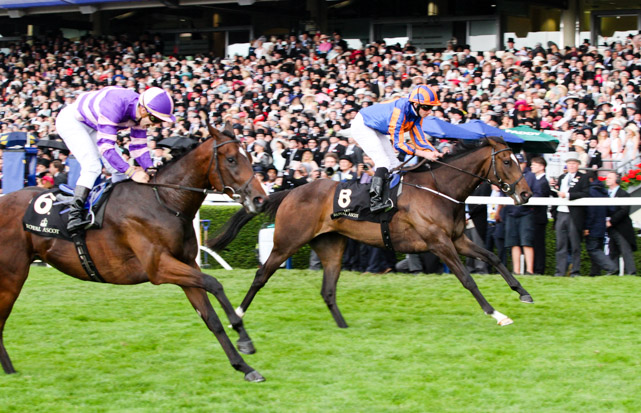 The two-year-old Youmzain colt was purchased for just €12,000 at the Osarus yearling sales in France and heads to Hong Kong unbeaten in two starts, having previously made a winning debut at Maisons-Laffitte in May.

O'Neill, who moved from Newmarket to South Normandy in 2009, said: "I sold him with mixed feelings really. Royal Ascot winners are hard to come by and he gave us tremendous fun on that beautiful summers day at Royal Ascot, however, we had to take a business approach and we were made an offer we could not turn down."

Quoted on his website, O'Neill added: "Suits You was just the easiest horse with a brilliant temperament and was so uncomplicated. We knew in February that he was pretty good and it was wonderful to see him vindicate our judgement at Royal Ascot.

"I was very lucky to meet him last September at the Osarus sales at La Teste and I guess he was lucky to meet me too as he was special to my eye the very first moment I saw him.

"I hope that he is a champion for John Moore and his new owners and I wish them all the very best with him."