The memory of the cost of Miracle Of Life last year for America’s Stonestreet Stables would have faded as quickly as the mare sprinted to win the $400,000, Group 1 Hyland Race Colours Challenge Stakes (1000m) at Randwick on Saturday. 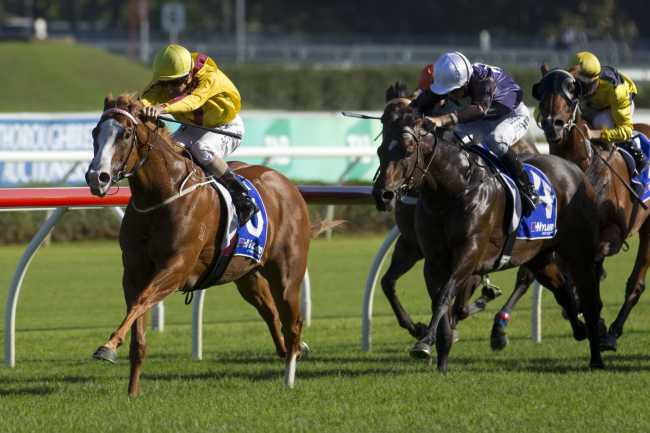 Miracles of Life and Hugh Bowman storm into the lead, picture sportpix.com.au

Stonestreet Stables paid $900,000 for the Group I Blue Diamond Stakes winner at last year’s Magic Millions Teeley Reduction Sale, and while she won the Group 2 Caulfield Sprint over 1100m at Caulfield after the sale, the new Group 1 win on Saturday fully franked her value.

The Snowden trained mare was sent out by Hugh Bowman, riding his second Group 1 of the meeting after his win on Hallowed Crown, to chase the leaders to the turn. With clear running room all the way in the straight Bowman went on his own to the outside of the field.

As the leaders felt the early pressure Miracles Of Life swept past them at the 200m with a powerful display of sprinting, and away Bowman sent her to the line to win with a comprehensive 2 1/4L in hand. 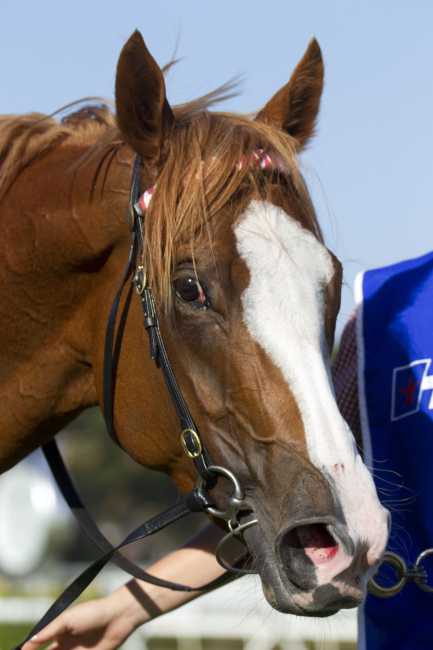 “She was in the perfect spot and she is so gallant she just tries so hard, she is very genuine,” said Peter Snowden.

“It is very hard when she was as good as she was and as small as she was as a two-year-old, to go on with it, but she is a courageous filly and it is great to see her bounce back.”

“That is what makes it so special she keeps turning up and is so honest and consistent, it is all about her today.”

“When Hugh pulled out and gave her a bit of a squeeze I could see that favourite was getting held up on the turn and I thought once it gets out he will explode, but gee she was dominant and arrogant, God bless her.

“Paul was pretty confident that this was her race and full credit to her as well,” he said of his son and training partner.

“She is a lovely mare, we were very confident first up last preparation at Caulfield, they just didn’t have the pace to cross her,” said Bowman.

“Today it was always going to be a fast run 1000m race, that gave her the opportunity fresh to sit back off them.”

“She exceeded my expectations today, I didn’t expect her to come off that pace and let down the way she did.”

“She is a real credit to the Snowden training partnership for the way they have presented her this afternoon.”

“They have run outstanding time and she did it comfortably,” he said.

Miracles Of Life is a four-year-old mare by Not A Single Doubt out of the More Than Ready mare Dazzling Gazelle. This was her seventh win from 15 starts and with three second places overall she has earned stakes of $1.28m.

Tim Clark (Famous Seamus): “He’s run well. He finished it off and he is back as well as ever but he just can’t run that fast, as simple as that.”

Tye Angland (Rain Affair): “Disappointing really. It’s not his style of racing really but he was weak late.”

James McDonald (Knoydart): “He’s come back in great order but he just needs a race where he has a chance to breath.”

Jason Collett (Va Pensiero): “That was a good return. Second-up he should be spot on heading to the Galaxy.”

Kerrin McEvoy (Rubick): “Just had no joy. We were pocketed away. If clear we give the winner a run for his money.”

Tommy Berry Mossfun): “Was just okay. She was off the bit chasing a long way out. Still I would have liked her last 200m to be a bit stronger.”