Form Bloodstock spent R11.125 million for 18 yearlings to top the buyers list, with Mayfair Speculators spending R9.020 million on 9 yearlings and Singapore trainer Patrick Shaw spending R7.580 million on 13 yearlings.  The sales topper was lot 263, a Dynasty colt, knocked down for R3.6 million to Mayfair Speculators, just shy of the South African record price of R4 million. While the top price for a filly was R1.6 million paid for Lot 330, an Encosta De Lago(AUS) filly.

Bloodstock South Africa CEO Tom Callaghan was very pleased with the final results, commenting that the sale showcased the strength of South African racing. “We also look forward to the export ban being lifted shortly so that our horses can compete fairly on the international stage”, he added. 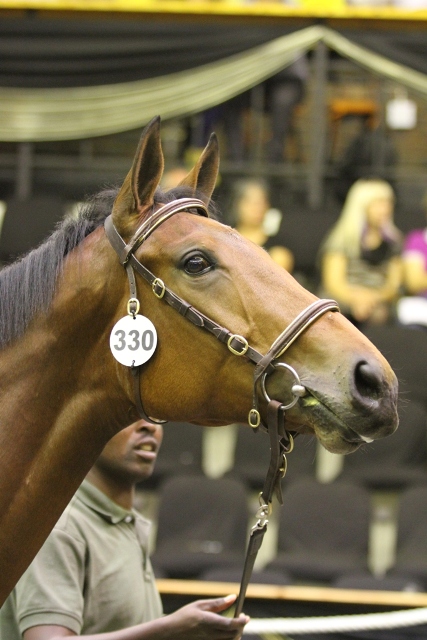 Lot 330 an Encosta De Lago filly out of the unraced Danehill(USA) mare Catching Moonbeams(IRE) travelled all the way from Australia to grace a South African sales ring. Consigned by Summerhill Stud, the hammer fell to Mary Slack’s Wilgerbosdrift Stud at R1.6 million, the top price paid for a filly. With Prix de l’Abbaye winner Imperial Beauty(USA) as second dam, the filly certainly has great paddock value.

“I love the looks of this horse, she has lovely extra long ears and I just loved her pedigree. I think if I bought her in Australia she would have made a very similar price.  I am very much looking forward to her joining the broodmare band eventually, as she has very good broodmare potential”, said Slack. 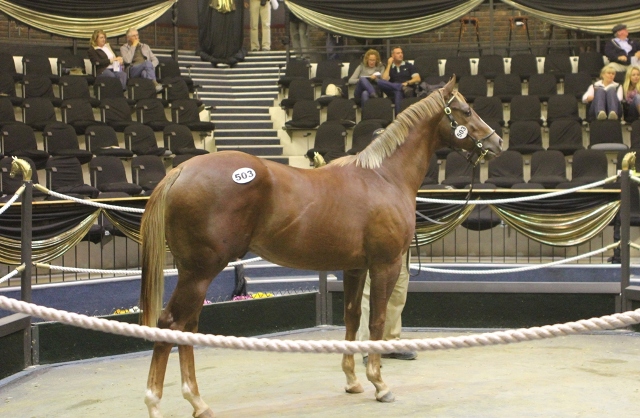 Lot 503 by Trippi(USA) out of La Normandie(ARG), picture Liesl King

Right at the end of the sale, after a trying day for the vendors, Dean Kannemeyer, locally known as the Master of the Guineas, made his presence felt when he went to R3 million, in a spirited bidding war, for Lot 503, a flaxen mane chestnut colt from Avontuur Stud.  By Trippi(USA) out of the American Chance(USA) mare La Normandie (ARG), the colt is a half brother to Normanz (Var), winner of the Grade 3 Godolphin Barb Stakes at his third start. Normanz has been one of the outstanding two-year-olds of the season, having won his second start by three lengths and then running away with the Godolphin by 4.25 lengths. 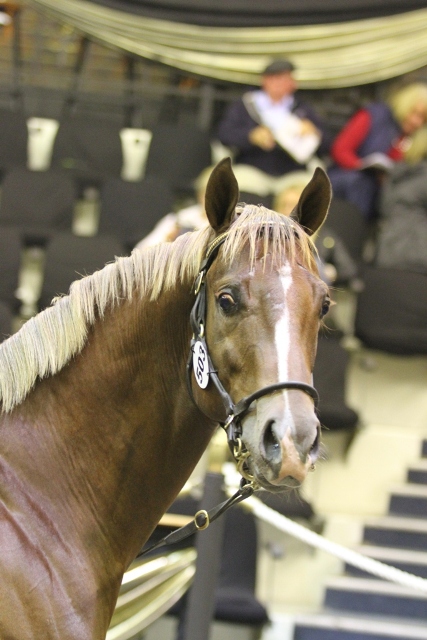 Kannemeyer was very pleased to have secured the flashy colt.  “He is a quality colt with a lot of class and I am very fortunate to be training him. He should make a Classic horse and hopefully he will be my Guineas contender one day.  We are really excited about buying him as he is a lovely colt, but as my dad use to say, they always look better when they stand in the winner’s box!”

The sale concluded with 411 lots sold out of the 493 lots on offer.