A slow start proved costly for well-backed Chachamaidee as the Sir Henry Cecil-trained filly found herself at the wrong end of a driving finish with the game Joviality in the Windsor Forest.

Sent off an 11-1 shot, Princess Haya's representative got home by a neck over the 4-1 runner-up, with Lay Time taking third a further length away.

Chachamaidee can probably be counted an unlucky loser after missing the kick by six lengths.

She nevertheless flew up the stands side to hit the front a furlong out, only for her effort to peter out close home as Joviality pulled out more to land her first victory since last year's Musidora.

Trainer John Gosden, winning this £100,000 event for the second time after Nannina in 2007, will now be eyeing Group 1 contests with the four-year-old daughter of Cape Cross.

"I really respect Henry's filly who is very fast but I thought if we were in the right place we might outstay her," said Gosden, scoring for the 28th time at Royal Ascot. 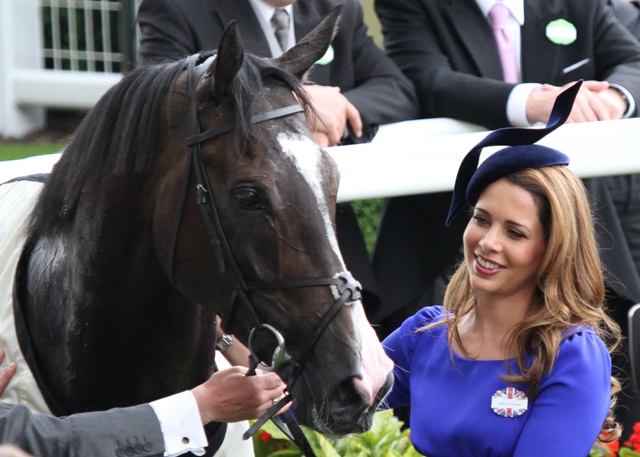 "She probably wants a mile to a mile and a quarter and there are nice races later on like the Nassau and the Opera, but that's at the elite end and there will probably be some nice horses waiting in France."

There were a couple of major disappointments here in the shape of the favourite Emulous and fellow Group 1 winner Nahrain.

Dermot Weld-trained Emulous could finish only sixth, never able to land a telling blow despite travelling well, while Nahrain was a noticeable market drifter before racing prominently on her seasonal debut, only to drop out tamely.

The Balding family were relieved by the performance of third-placed Lay Time, a well-beaten favourite at Epsom on her previous outing.