Laxon hoping blinkers switch on Better Than Ever

A ploy successfully used by trainer Bruce Marsh to win the 2010 Emirates Singapore Derby will be followed by another Kiwi trainer Laurie Laxon in this year’s renewal of the Group 1 $1.15 million race.

Marsh used blinkers on Race Ahead for the first time when the four-year-old took out last year’s 2000m contest and Laxon has applied the gear to Better Than Ever for Sunday’s race.

It isn’t the first time – and it won’t be the last – that Laxon has called for the gear to be used in a big race. 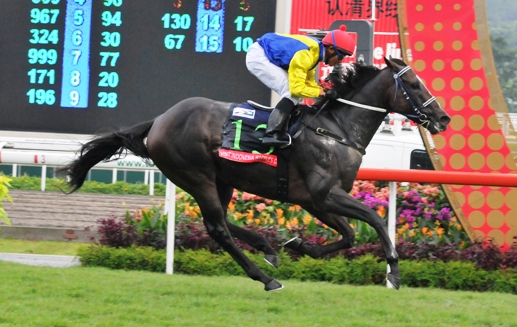 Laxon recalled that he added blinkers to Champagne before her victory in the 1998 Group 1 Mackinnon Stakes over 2000m at Flemington before finishing second to Jezabeel in the Group 1 Melbourne Cup over 3200m just three days later.

“It has been a successful ploy over the years adding blinkers before a big race,” said Laxon.

“Race Ahead won the Derby last year wearing blinkers for the first time and I’ve certainly had a lot of success over the years doing it also.

“I remember Champagne winning the Mackinnon Stakes in blinkers and then running second in the Melbourne Cup.

“They were the only two times she wore blinkers.

“Better Than Ever trialled well in the blinkers last week and hopefully he’s back to his old self.

“His work on Wednesday was very strong and he looks ready to run a good race.”

Laxon may also have to resort to another old trick in a bid to have a favoured firm surface for Better Than Ever.

Not one to usually worry about the weather, he would prefer firm footing for the four-year-old in Sunday’s race.

He may have to bring out his drizabone – a waterproof rain jacket – to make sure of fine weather.

He said he has given up worrying about the weather following Empire Rose’s victory in the 1988 Melbourne Cup.

“I will never moan about the weather again,” said Laxon. “Whatever will be will be.

“All that I wanted on the first Tuesday in November back in 1988 was for fine weather and a firm track.

“I even went out and bought a drizabone and took it to the races that day, hoping I wouldn’t need it.

“In a little way it helped keep the rain away and Empire Rose put her big head out and won the Melbourne Cup.”

Laxon said Better Than Ever may have become more dour as he has got older and doesn’t believe it is a case of the other horses catching up to him.

“I suppose going into a 2000m race it is not a bad way to be,” Laxon said of Better Than Ever becoming more dour.

“You have to remember he won the (Group 1) Raffles Cup (1800m) last year impressively.

“I think on his latest work we have got him back to his top.”

Laxon added that the gelding had been given a massage – just as Waikato had before his dead-heat third placing behind Gitano Hernando in May – and was in good shape.

Jockey Saimee Jumaat concurred after riding the gelding in his final gallop on Wednesday morning.

“He worked like his old self,” said Saimee. “He was strong throughout the gallop and wanted to keep going.

“He’s feeling well and his gallop before Wednesday’s was also good.

“Going into this race, I can’t fault him.”

The one downside for connections was the extreme outside barrier draw of 20 (he will come into 16 when scratchings are declared) but all that will mean is a positive ride from Saimee.