Danny Shum hopes to maintain a blistering start to the 2021/22 season, ultimately hopeful of a first Hong Kong trainers’ championship after displacing David Hayes from overall leadership with a double at Sha Tin on Sunday. read more

Blue Chipper back where he belongs with Busan win

It has been a long and difficult road for Blue Chipper since he chased home Spun To Run and Omaha Beach when 3rd in the Breeders’ Cup Dirt Mile at Santa Anita in 2019, but at Busan on Sunday afternoon, the now six-year-old son of Tiznow was back in the winner’s circle after taking out the Class 1 feature race over 1800m read more

There were heroes and heroines aplenty at the George Main Stakes meeting at Randwick on Saturday with sublime performances from Nash Rawiller, Eduardo and currently the greatest heroine of all, Verry Elleegant (NZ) read more

VRC to discuss with State Government crowds for Cup week

Ayrton's spring campaign may be over

The spring maybe over for Ayrton (NZ) as he recovers from a bacterial infection that may have been brought on by a spider bite - Mick Price, who trains the highly regarded galloper in partnership with Michael Kent Jr, said the four-year-old was on "a super antibiotic" and responding well to it read more

Everest trial for The Inferno at The Valley 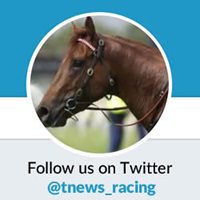