As the coward I am I will be glossing over the appalling efforts of last week’s suggestions and moving on to a trip to the races that has to be an any racing fans “To Do” list after an amazing weekend in Spain as a guest of the Andalucia Tourist Board who are now my bestest buddies.

Five of us travelled over from Gatwick to Jerez on the Saturday morning, sorry Easyjet but is there the remotest chance of making any of your seats comfortable, to be meet at the airport after which the fun really began. With a mixture of travel, food, equestrian, and racing journalists, a busy schedule ensued from start to finish, carefully set out to satisfy everyone’s wishes and needs.

As you may have worked out, I do like my food, but I am no critic so suffice to say we were well fed and watered at some very fancy restaurants, and that if you like your fresh seafood, Jerez and or Cadiz are the places to be – though do allow plenty of time, both lunch and dinner are experiences to be savoured in Spain and not the grab a bite kind far too many of us have become used to.

On to the racing at Sanluca de Barrameda, (which was the reason for my invite, and try to imagine Laytown but with hours of scorching sunshine! Yep, they race on the beach which was a first for me, but what an experience to remember and a reminder that racing is actually supposed to be fun.

Having arrived at the beach (track) pretty much at the last minute, I told you we had a hectic schedule, we were lucky enough to be invited into the VIP boxes, but this was not the stiff shirted British version and more of a party with a better view. 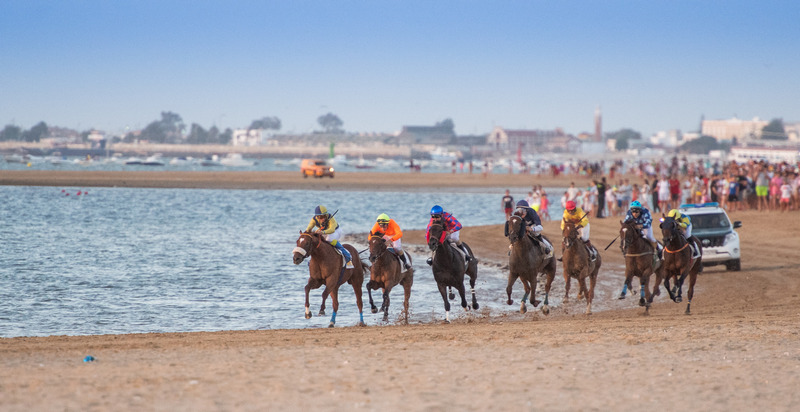 The field heads off down the beach, picture Sean Trivass

After a photo call with the vice-President of Andalucia, a really nice guy but he gave me a bum steer on the second race, we started to discuss the race card while looking over the beach to the sea and the thousands of men women and children enjoying the fiesta atmosphere.

I have to say the race card was pretty basic by UK standards, but then again it was free, leaving winner finding as even more guesswork than normal though with close to an hour between races and plenty of beer flowing, who really cared. Four races down the beach over distances varying from 1400 to 2000 metres saw a single Spanish bred runner with eight French, twelve Irish, and nine Brits making up the numbers and a total of about 16,100 Euros up for grabs over the four races.

Sadly, it does seem safe to add that the runners were not exactly up to classic standards to put it politely, though Iron Sky did win a Catterick handicap when in the care of Keith Dalgleish long before he finished unplaced in the third contest.

Before the third race we were invited down to the start to see them burst from the stalls up close which something not to be missed if the opportunity arises. But I never for an instant thought we would follow them along the beach to the start – in a Maserati. Surreal is the word that springs to mind though naturally we were crawling along for fear of upsetting the runners though we did go faster on the way back which was pretty exciting I admit.

Traditional food was served later in the day, not only nibbles but cheese, olives, hams, and tortillas, which was a nice touch as was looking out at the families watching the racing from the temporary grandstands, the beach and even from the sea. Not something to witness every day and very much a racing scrapbook moment for me. 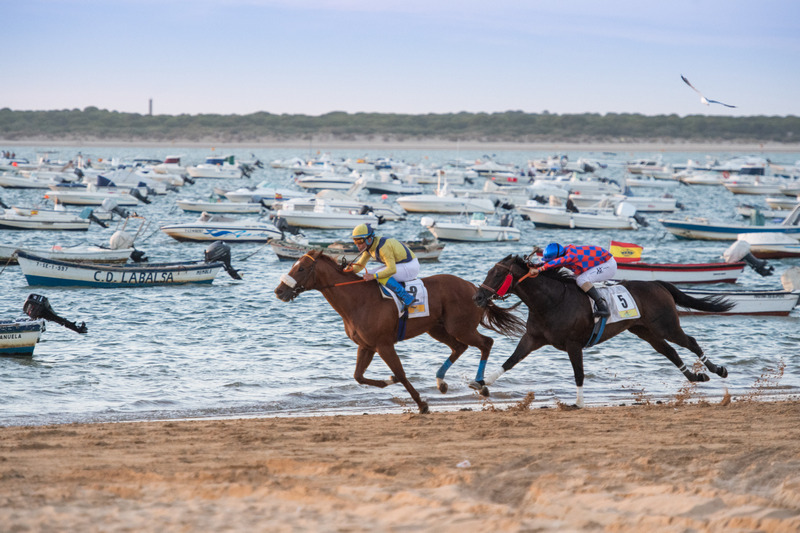 Now I could carry on and talk churches and cathedrals, palaces and (more) food but we need to get on with the racing this weekend and perhaps a winner or two, and with York on Saturday where else could I possibly be.

Starting at the beginning with the Group Three Strensall Stakes at 1.50pm the odds against about Wissahickon is a little bit too tempting. The winner of five races in a row and eight of his eleven overall, the son of Tapit seemed to be going places before a shock second at Lingfield when seven lengths adrift of Matterhorn at odds of one to three.

That was back in April and he has not been seen since, but I see that as a good thing and would take a guess that something was amiss that day and that John Gosden has given him as long as needed to recover. The drop back to a mile has to be a concern with his last seven successes over further, but he is thought to be even better than this class and I for one will be taking that risk.

For those who have known me a while, I am becoming a bigger fan of P J McDonald week on week, my friend is his agent, and he can hopefully land us the double here courtesy of the very classy Laurens.

For a horse bought for a relatively cheap £220,000, the daughter of Siyouni has already won close to eight times that with eight successes including six at Group One level suggesting the lesser company in the City Of York Stakes should easily be within her remit. The drop back to seven furlongs for the first time since her two-year-old days is admittedly a surprise, but she can front run when needed, and she may well try to lead them all a merry dance this afternoon.