Enable's Darley Yorkshire Oaks success was enough to convince BHA handicapper Mark Olley to move the outstanding mare back to a mark of 128 and therefore to the top of the charts as the highest-rated horse in Britain. 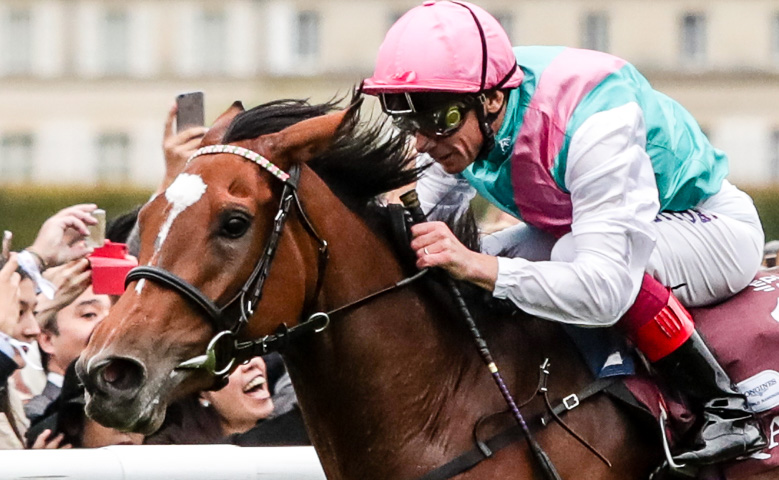 Crystal Ocean, who narrowly lost out to Enable in the King George before again coming out on the wrong side of a thrilling finish in Tuesday's Juddmonte International at York, had held claim to that title with an official mark of 127.

That judgement had been questioned in some quarters and, while Enable's new mark of 128 will need to be ratified by the World's Best Racehorses Rankings committee, domestically at least she reigns supreme.

Olley said: "This [the Yorkshire Oaks] is her 11th straight 120+ performance [ten of them Group 1s] and I have decided to return her to the 128 rating she achieved as a three-year-old."

Crystal Ocean will remain on 127 despite running to a mark of 121 at York according to BHA head of handicapping Dominic Gardiner-Hill.

While conceding it was "a little disappointing" to see Crystal Ocean beaten by Japan, Gardiner-Hill added: "There will be no change to his current rating of 127 as Enable's success [in the Yorkshire Oaks] highlights the strength of the King George form."

Enable is "within grasping distance" of achieving a unique place in racing's history books following an unforgettable appearance at York on Thursday that might possibly not have been her final run in Britain.

Although it remains most likely Enable will not compete again on home soil, her owner-breeder Khalid Abdullah's racing manager Teddy Grimthorpe on Friday suggested that may change were she to be ruled out of her huge date with destiny at Longchamp on October 6.

Only Treve has attempted that treble but she could manage only fourth as evens favourite in 2015 when victory went to Golden Horn, representing the Enable team of John Gosden and Frankie Dettori.

"We have made no secret the third Arc is the target and it always has been," said Grimthorpe.

"It certainly would be something out of the ordinary and it is now within grasping distance. I do think it's fair to say that, but one or two horses will also have a say in what happens and Enable will certainly have to bring her number one game to Longchamp."

Grimthorpe added: "I don't think we can say conclusively it was her last run in Britain. That will be Prince Khalid's decision to take when he is ready.

"You never like to pre-empt anything, just in case she suffered a setback. If, for example, she sustained something like a minor bruise to a foot and had to miss the Arc, there would be the option of the Champion Stakes.

"Everybody always wants more but, as Prince Khalid always tells me, we have to do what is best for the horse."

Providing a positive report on the condition of Enable – now a ten-time Group 1 winner – Gosden said on Friday: "We are pleased with the way she has come out of the Yorkshire Oaks, so much so she was annoyed not to be going out with the rest of the team at Clarehaven at 5.30am.

"As usual after a race, she had a lead-out and a pick of grass, but she clearly wanted to take her slot among the members of the team who were going out on to the Heath.

"She'll have three or four easy days and then when she wants to be ridden we'll follow her instructions."

As chairman of the York race committee, Grimthorpe wore two hats on Thursday, which he described as a memorable day for the track.

He said: "It is so important to have the big horses at York, mainly because the crowd is so fantastically appreciative. They get it and they want to be part of it. You could see that from the numbers of people who stayed around the pre-parade ring and paddock and the way in which the grandstands stayed full as people waited for her to come back up the course after the race.

"The whole team is trying to bring the best to the racecourse in every way and when that is all embodied in one mare it really is special.

"These great racehorses don't come around that often. To have had her on the Knavesmire for the second time was marvellous."