Roaring Lion loses life after suffering another bout of colic

Last season's Horse of the Year Roaring Lion has been put down after suffering another bout of colic. 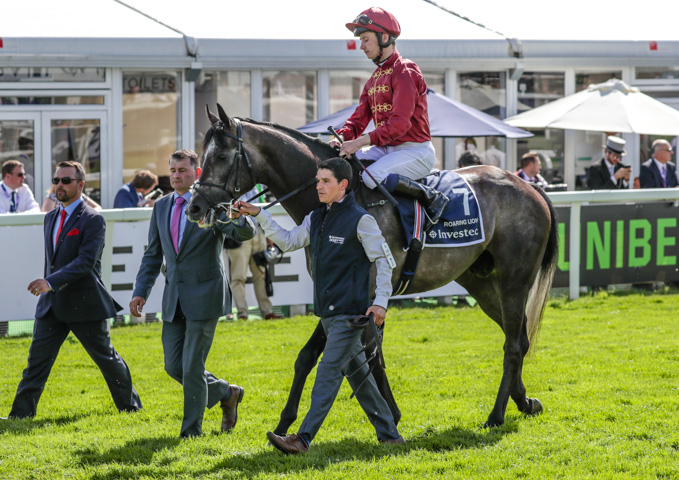 Described as "a true champion", the four-year-old had already undergone dual colic surgery earlier in the month, but the latest attack was deemed to be too much to try to recover from.

David Redvers, racing manager for Qatar Racing, in whose colours Roaring Lion raced in such distinction, said in a statement on Friday: "At approximately midday (GMT)/23.00 NZ today Roaring Lion was observed to be uncomfortable in his stable at Cambridge Stud. On examination by stud vet Rob Hitchcock, Roaring Lion was admitted to Cambridge Equine hospital.

"There operating surgeons Dr Alanna Zantingh and Dr Greg Quinn performed ultrasound examination and at 14.45 (GMT) the decision was made on welfare grounds to put Roaring Lion to sleep."

The loss was also felt sharply at Cambridge Stud, as a statement read: "Cambridge Stud and staff are devastated to report the loss of Roaring Lion overnight from further complications, following two major colic surgeries three weeks ago.

"Cambridge Stud would like to acknowledge everyone from Cambridge Equine and the stud who supported the horse through a very difficult time. We particularly feel for Roaring Lion’s  connections, Sheikh Fahad al Thani and his family and David Redvers and his family at Tweenhills. Our loss is keenly felt in New Zealand but theirs is unimaginable."

Roaring Lion completed his first season standing at Redvers’ Tweenhills Stud and had only just stepped foot out of quarantine late last month in New Zealand before showing signs of colic.

He required two operations within the space of a few days and had to have a section of his small intestine removed.

The son of Kitten's Joy won his first three starts as a juvenile, and finished the season as a neck runner-up to Saxon Warrior in what was then the Group 1 Racing Post Trophy at Doncaster.

At three Roaring Lion began with a third in the Craven Stakes and then finished fifth in the 2,000 Guineas, again behind Saxon Warrior.

Having won the Dante Stakes, Roaring Lion was third in the Derby to Masar but then began his Group 1 spree, starting by turning the tables on old rival Saxon Warrior in the Coral-Eclipse.

Roaring Lion went on to win the Juddmonte International, Irish Champion Stakes and QEII Stakes on Ascot's Champions Day meeting. A final roll of the dice in the Breeders' Cup Classic proved a bridge too far as he failed to handle the dirt at Churchill Downs, finishing last of 14.

His achievements were recognised at the end of season Cartier Awards, as he was crowned Horse of the Year for 2018.