Mystic Journey has drawn out in barrier 10 for the $750,000, Group 1 WFA PFD Food Services Makybe Diva Stakes (1600m) at Flemington on Saturday but retains her firm favourites status with TAB at $2.20 over Scales Of Justice with barrier nine and at $6.00.

The Adam Trinder four-year-old Mystic Journey opened her campaign with a 3/4L win over Cliff’s Edge and Hartnell in the PB Lawrence Stakes over 1400m at Caulfield on August 17th. Trinder then bypassed the Group 1 Memsie Stakes over the same distance on the same track on August 31st preferring to wait to this Saturday.

Yucatan has not been seen since his 11th in the Group 1 Melbourne Cup over 3200m last November. Prior to that run, when under the care of Aidan O’Brien, the six-year-old Galileo entire won the Group 2 Herbert Power Stakes over 2400m at Caulfield on October 13th.

Now trained out of the Williams family stables by Liam Howely commences another campaign towards the Melbourne Cup.

There is a field of 15 for the Makybe Diva Stakes which is Race 7 at 4.10pm on the nine race programme.

The track is rated a Good 4 on Wednesday and the rail will be in the True position for the entire circuit. The nine race programme, which commences at 12.30pm with a field of 12 for the Very Special Kids Pin and Win Plate (2500m), has 131 acceptances.

Melbourne’s weather into the weekend has possible showers forecast on Thursday with 1mm – 3mm and 19c, a partly cloudy say on Friday with 17c and a mostly sunny day on Saturday with 9c – 20c. 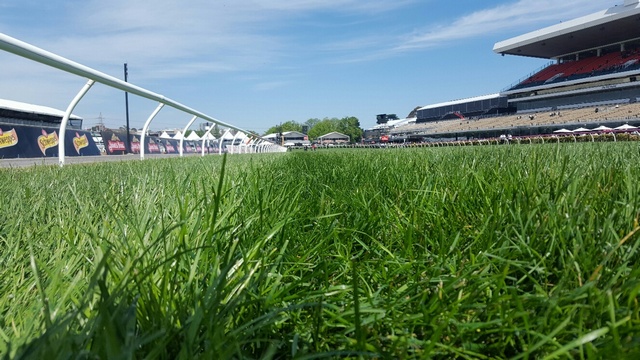 Rail in the True position for the entire circuit on Saturday, picture ThoroughbredNEWS