Ciaron Maher will have a sizeable hand in Saturday’s Blue Diamond Stakes Previews at Caulfield, but the trainer has warned he might have even greater contenders for the big prize to come.

Maher and his training partner Dave Eustace have set their sights on next month’s $1.5 million Blue Diamond Stakes following their success with Away Game in the Magic Millions Classic earlier this month and Maher said he had a number of hopefuls set to race over the coming weeks.

Away Game joins last Saturday’s six-length Sydney winner Cellsabeel on the path to April’s $3 million Golden Slipper Stakes, but Maher will put up a number of his juveniles as Blue Diamond contenders starting from this Saturday.

But Maher said from The Valley gallops on Monday morning that while he has hopes for his Preview runners this week, his best chances at winning the Diamond lay with three colts who will remain at home this weekend. 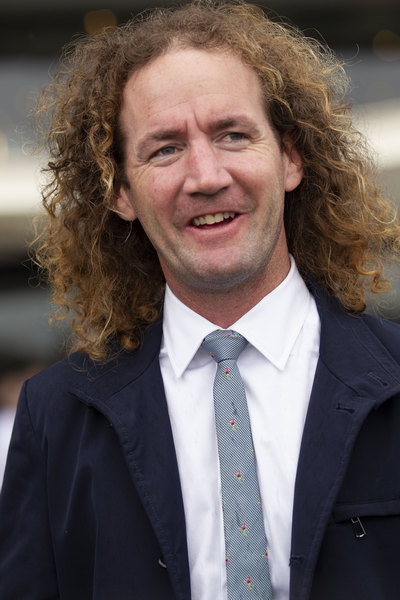 He said Debutant Stakes winner Tanker was progressing well as was Brazen Beau colt Ideas Man, who won on debut in the Inglis 2YO at The Valley on Cox Plate day. He added that Rathlin, who was luckless when sixth in the Magic Millions Classic, will also be Blue Diamond-bound.

‘’Tanker, we’ll most likely see in the Prelude (in two weeks) and Ideas Man in the Chairman’s (three weeks) and Rathlin will probably just go straight in,’’ Maher said.

‘’His (Rathlin) was a very good run at the Millions. He just went left over the first couple of strides and it just put him right at the tail of the field but his sectionals were really, really good so hopefully he can draw a little bit better and begin a little bit better.’’

When asked for his leading contender, Maher said: ‘’Ideas Man I suppose was very sharp here (The Valley in the Inglis) and he came off a fairly light campaign.

‘’Everything had to go pretty spot on for him which it did thankfully. I always thought he had quite a bit of improvement in him, He spelled nicely and seems to be coming up really well and seems to be nice and sharp.’’

Despite Maher and Eustace winning 12 individual two-year-old races already this season, BetEasy is offering generous odds for the Blue Diamond for that trio of colts.

‘’This Saturday, we’ll have Toscanini who is a Fastnet (Rock) horse. We were going to have a look at the Karaka Millions with him but he needed to win or run second at his first start and he was narrowly beaten and ended up fourth at Geelong.

‘’We’ll see how he works tomorrow and he might be an option.

‘’For the fillies, we’ve got Marchena. She was placed in the Ottawa down the straight and we’ve got A Beautiful Night, who won last start at Flemington and Unstoppabelle, who was a bit unlucky when a short-priced favourite over at Adelaide at her last start and just slipped out the back and we had to scratch her.

‘’If she had of won that she would have probably headed up to the Magic Millions.’’