Trainer David Hayes has given his stamp of approval to filly Personal, who he happily compared with his former freak juvenile Miss Finland after she won down the straight course at Flemington on Saturday.

It was 14 years ago when Miss Finland won down the straight at her second start before winning a Golden Slipper Stakes and Hayes was adamant after Personal overcame trouble to score strongly that she was showing similar signs to his former super star.

"At the same stage, very comparable," Hayes said of the two fillies.

"I think Miss Finland won down the straight at her second run. I think she is very similar at the same stage. If she ends up that good – not many do.

"We’ll just see how she pulls up, whether she has a run before it or goes straight in because I do think she is probably more a Sires’ filly rather than a sprinter but Miss Finland was a bit that way as well."

Hayes said he wasn’t certain before the race whether Personal was a Blue Diamond type as although she is by super sire Fastnet Rock, she is out of a Galileo mare and so might need time and distance.

"I think she just invited herself if you ask me," he said of the $1.5 million race at Caulfield next month.

"A high-pressure race with a finish like that. I think she ran a pretty good last furlong." 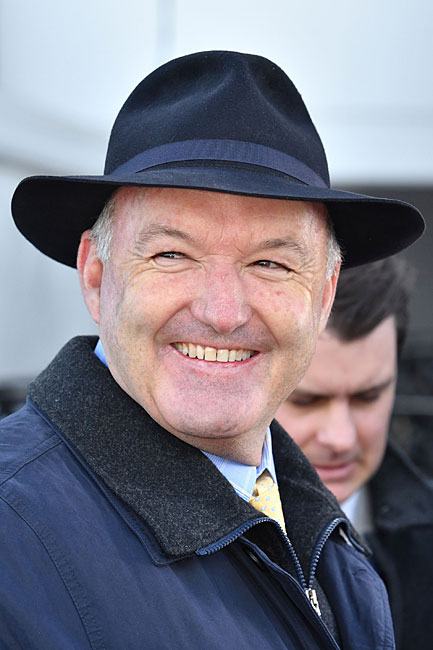 Hayes said Personal was "in a world of pain with 300 (metres) to go" as jockey Craig Williams was looking for a clear path and so was relieved to see her finally get to the outside and finish off too strongly.

On the line, the $4 favourite had a half length margin over Parlophone ($6), with the Godolphin filly Amateurish ($4.60) in third place.

After Miss Finland won down the straight at her second start, she finished second in the Blue Diamond Stakes before going to Sydney and winning the Golden Slipper Stakes. As a three-year-old, she won classics such as a Thousand Guineas, VRC Oaks and Australian Guineas.

Jockey Craig Williams rode Miss Finland in those races and he was also taken with the run of Personal.

"Her performance was excellent today," he said.

"They (stable) were confident she would improve from her first to second run.

"All I can add is that she will improve immensely from her second run today."

Hayes said a large number of Lindsay Park’s elite juveniles will appear over the next few weeks as the countdown to the Blue Diamond and Golden Slipper intensifies.

"For class, she’s (Personal) probably number one but for speed, I am not sure."

As for the speediest one?