A Force to be reckoned with

From a soundly beaten $1.28 favourite at Murray Bridge in South Australia to a $2 million Caulfield Guineas? That could be the rarely trodden path taken to fame and fortune for an enigmatic horse called Deep Force.

The son of Deep Field looms as a danger horse for punters when he takes his place in Saturday's Listed McKenzie Stakes at The Valley on the back of two vastly different performances to begin his career.

The step to Stakes grade on Saturday does not appear much of a jump on his debut run, when a soft maiden winner at Murray Bridge, but it seems a polar-opposite result to his second start when easily accounted for in a Benchmark 70 at the same track.

Punters were not the only ones shaking their heads after the defeat as Calvin McEvoy explained on Friday, as his father Tony's stable staff could barely believe what they saw.

"We were very confused," he said. "He was over here early on and won a jumpout by eight lengths in the quickest time of the morning.

"Then we took him to Murray Bridge in that small field and he just got it all wrong.

"We were very confused. He just didn't show up but he came through it well. There were no issues so we sent him back to Melbourne for another change of scenery and he's been working really well.

"It's a big step-up in grade but that is the opinion that we have of him.

"If he stacks up, he'll go on a (Caulfield) Guineas path." 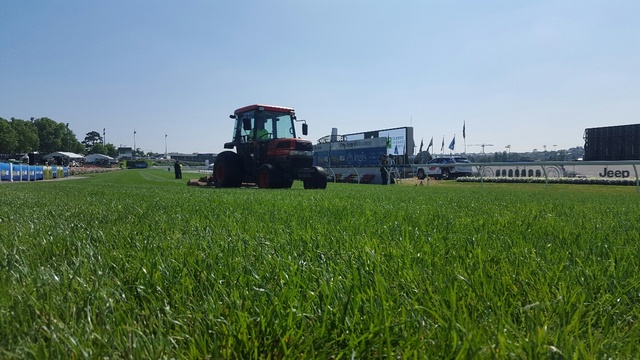 Racing at The Valley on Saturday, picture ThoroughbredNEWS

Punters are, understandably, a little gun-shy about the chances of Deep Force on Saturday and he sits around $10.

The McEvoy stable is also hopeful of unveiling a filly of Stakes potential at The Valley on Saturday, when I Am Invincible filly I Am runs over 1200 metres.

"We once again had a lot of time for this filly," McEvoy explained. "We ran her in a few of the hot races - the Chairmans and the Talindert - as a two-year-old because she was asking us to take her there on her work, but she just got it wrong both times.

"She went out and grew up and really developed now and looks like a racehorse.

"I think she's over the odds ($26) and this race will help us to plot a path to where she's going this spring."


The McEvoy team took some encouragement out of the Friday morning jumpouts at Flemington, especially after the third heat, won by the stable's yet unraced colt Meteorite.

The son of Deep Field has trialled just once before - when last of nine in a trial at Morphettville in January - but he put that performance in the shade when he sped away to win a heat that contained the dual Stakes-winning I Am Immortal.

"We had a lot of time for him from the beginning, but he just couldn't quite get in there as a two-year-old," McEvoy explained.

"He had a few trials and was a little immature so we gave him the time he needed, but he's come back in great order and he had a stronger jumpout this morning and Luke (Currie) was really pleased with him.

"We'll just pick out a maiden for him but he's certainly Melbourne Saturday-class and there's nothing to say that he might not be a bit better than that as well."