After having a mad minute I did offer to scribble down my thoughts on the greatest race meeting in the world and so be it, though if we find a winner or two over the entire week at Royal Ascot I will feel pretty pleased as it is perhaps the second most competitive card of the year with only Cheltenham causing me more anguish.

For those of you in either the UK or around the world who are unable to attend the meeting, I too will be watching the broadcast with the time spent getting there and back and around the track making life close to impossible with a normal full workload. As sad as it may sound, I can work far more efficiently from my desk at home.

On to the racing and what a cracker to start with as up to sixteen go to post over the straight mile for the Queen Anne Stakes. At the risk of looking stupid(er), I cannot really see why Le Brivido trades as the favourite even if he was unlucky in running when behind four of these at Newbury last time out and if there was any value, we are too late to take advantage.

Laurens is not a horse I abandon with any confidence and seems sure to go well, but Hazapour has been very well supported in recent days and stays further should they go off too fast as expected.  Whether he can lay up with the early speed is the question mark, but at double figures he can be backed each way, though all my suggestions are a bit of fun and should be treated as such, and to small stakes.

Six of the last ten winners of the Coventry Stakes have started at the head of the market which will encourage those on board Aidan O’Brien’s Arizona who scored last time out at The Curragh by a very easy eight lengths but that was a maiden and the second and third were both unraced.

He could be something special, but I remember writing a statistics article elsewhere this year that showed the poor, close to non-existent, first-time out strike rate of Newmarket trainer Michael Bell. That suggests that there ought to be a lot more to come from gutsy Yarmouth Novice winner Maxi Boy who saw off the more experienced favourite Path of Thunder by a neck and looks temptingly overpriced at 20/1 or bigger, again each-way.

Onwards and upwards as the real speedballs go to war over the five furlongs of the King’s Stand Stakes at 3.40pm and I am struggling to draw any sensible conclusions. Enzo’s Lad is clearly overpriced at 40/1 and would be a very popular winner for trainer Michael Pitman who has had more than his fair share of personal issues, but the six-year-old does look up against it here and I will side with likely favourite Battaash. That was not the easy call it seems as I am also a big fan of Blue Point, but the suggestion impressed on his return to action at Haydock and with improvement expected, he may prove too quick for his market rival this afternoon.

Three races to go and we have all been looking forward to the St James’s Palace Stakes at 4.20pm as Irish 2000 Guineas winner Phoenix Of Spain takes on top two year old Too Darn Hot who was three lengths behind him at The Curragh.

Aidan O’Brien’s son of Lope De Vega got a soft lead that day and although he should strip fitter for his first start since October 2018 his rivals seem unlikely to let him get away again. With some positive gallop reports from Newmarket I am rather hoping we can see the real Too Darn Hot for the first time this season and give Frankie Dettori yet another winner at his favourite racecourse. His four wins last season marked him out as well above average and he looks as if he has trained on suggesting it is less than a risk than some may think.

Our first handicap next and quite frankly not a race I have much interest in. Finding winners is hard enough without someone allocating varying weights and thus allowing a carefully prepared plot to wait for the target race off a handy mark. Some find working out said coups akin to their own Agatha Christie novel, but perhaps I am just too lazy and all I ever get is a loser and a headache.

The booking of Ryan Moore to ride Buildmeupbuttercup for Willie Mullins has caught the punters eye, but then again that makes good sense as the trainer has won four of the last seven runnings of the Ascot Stakes with Ryan Moore on board three of them. That said, the five-year-old only gets five pounds from Mengli Khan who is rated twenty-two pounds his superior over hurdles (and even higher over fences) but faces the added burden of being my tentative selection here.

Day One is rounded off with the Listed Wolferton Stakes at 5.35pm over a mile and a quarter. We have not had a winning favourite since 2015 here and Elarqam may well head the betting as the stalls open but he has to give three pounds to Irish Derby winner (2018) Latrobe who is rated two pounds his superior, which seems a big ask. Joseph O’Brien has seemed pretty sweet on his chances here dropping in to this class after a fourth in the Group Two Mooresbridge Stakes at The Curragh last month, though I will admit I am rather hoping connections allow him to make all the running here in which case he will take some catching. 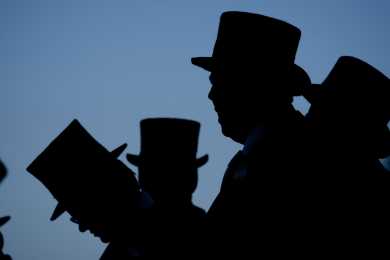