While most of the attention this week at Sha Tin is on the international races on Sunday and how the overseas contingent are adapting to life in the former Olympic stables, the big four are just part of the ten race programme that commences at 1.00pm local.

There is no lack of international participation with five overseas jockeys riding, Hugh Bowman, Brenton Avdulla, Damien Lane, Maxime Guyon and James McDonald, however it is to Hong Kong’s premiership leading jockey Joao Moreira that trainer Tony Millard has turned to for his smart Super Star (AUS).

Millard has endured a horror run of wide barrier draws this season and his statistics amply display the impact. The stable has 11 winners after Glorious Dragon (IRE) won under Vincent Ho over 1800m at Happy Valley on Wednesday night, plus 15 seconds, 11 thirds and 10 fourths with stakes of HK$14.8m.

“Look at my last couple of runners, it has been ridiculous and look at the draws. The odd one has run an ordinary race, but usually there is a story. Overall we are pretty happy with the way they have being running. We just need a smidgen of luck,” said Millard philosophically earlier this week.

Glorious Dragon had barrier four at Happy Valley and Ho was able to settle mid-field and to come away for a short head win. The run before was a second over 2000m at Sha Tin from barrier seven and the first of the season was a ninth over 1600m from barrier 10. It has been the story of the stable’s season so far.

However, Millard has been in the industry long enough to know that the ‘smidgen of luck’ is usually not far away.

Sunday’s start for Super Star, a five-year-old Snitzel gelding, is from barrier seven and Moreira will have a much easier task than from barrier 14 last start over 1400m at Sha Tin on November 9th. That was one of those 11 thirds.

“He is a really smart horse,” says Millard.

The combination of Millard and Moreira may well add to Super Star’s success rate with the ‘smidgen of luck’ already dealing out the barrier draw and providing plenty of interest between the glamour Sprint and the Mile. 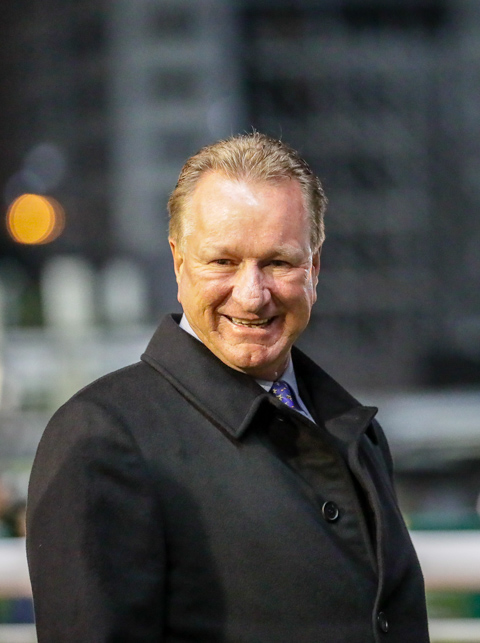