The world's highest-rated horse Crystal Ocean will face eight rivals in the Juddmonte International Stakes at York on Wednesday. 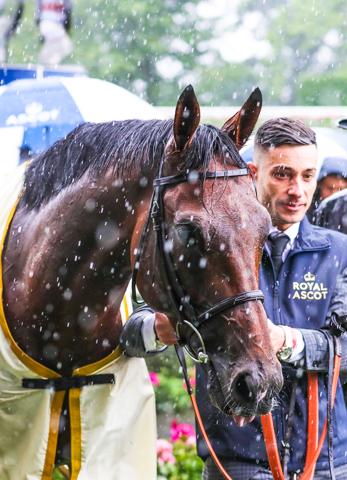 Crystal Ocean will face high-class three-year-olds King Of Comedy, Circus Maximus and Japan on the opening day of the Welcome to Yorkshire Ebor festival in a contest with a prize fund in excess of £1 million. As expected Enable, who has the Yorkshire Oaks on Thursday as her target, does not run in the 1m2½f Group 1.

Elarqam, who was an impressive winner of the Group 2 York Stakes over course and distance last time, returns to the Knavesmire and is joined by Cheval Grand, Regal Reality, Thundering Blue and Queen Anne winner Lord Glitters in an intriguing contest.

Lord Glitters won the Strensall Stakes over 1m1f at the Ebor meeting last year and his trainer David O'Meara is looking forward to stepping up in trip.

He said: “He won over a mile and a quarter in France early in his career and he won the Strensall Stakes over nine furlongs at York last year, when he beat the subsequent Lockinge winner Mustashry. He also ran a blinder [behind Almond Eye] over that trip in the Dubai Turf and has never been stopping at the end of his races.

“There’s not a lot else to be running him in at this time and there’s fantastic prize-money on offer, so why not have a go? We can always drop back in trip for the QEII [on British Champions Day at Ascot on October 19] later in the year.

“We are under no illusions it’s a tough race and he’s got quite a bit to find with the likes of Crystal Ocean, but he’s in great form and the fact he’s won at York is another tick in his box."