Glitter Lords it up in Queen Anne

Second to Accidental Agent in the straight mile contest in 2018, the son of Whipper went one place better this time around, producing a game performance under Daniel Tudhope to defeat the Andrew Balding-trained Beat The Bank (20/1), to win the £600,000 event by a neck. 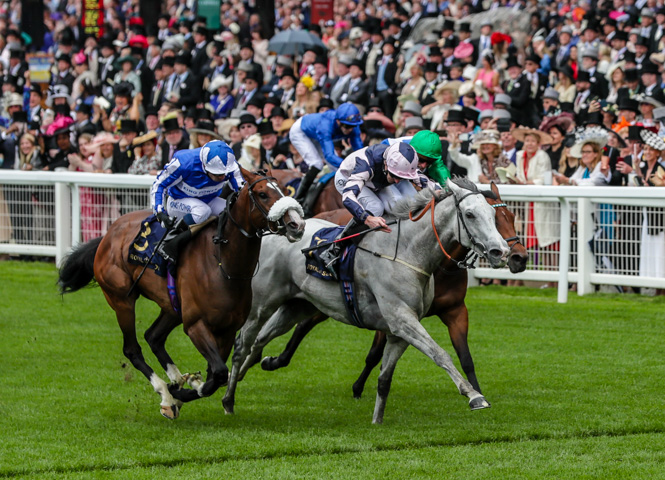 "He is not that easy a horse, he can be quite strong and keen. That's what happened in the Lockinge, when he over-raced with no cover. Today, as soon as jumped, Danny got him across and got cover. From there on, it all looked like it went pretty well."

"I thought Danny gave him a lovely ride this afternoon and it was brilliant from the word go.

"Watching the race, it was one of the easiest Royal Ascot runners we've had to watch as he never looked in trouble.

"My assistant Jason Kelly bought this horse and he deserves a mention too.

"We will follow a pretty similar path with him to last year and the Sussex Stakes at Goodwood is probably next up.

"It's super for the yard, not just me. I am just a small cog in what I do - I haven't even ridden out for the last six or seven weeks. The lads have done a great job and it has all come together nicely today."

Nick Turnbull, son of owners Geoff & Sandra Turnbull, commented: "This victory means everything. My Dad has been in this game for 20 years and to win at Royal Ascot is the pinnacle."

Last year's winner Accidental Agent, trained by Eve Johnson-Houghton, refused to come out of the stalls when they opened, before eventually consenting to race, but was several hundred yards behind the other runners. The stewards deemed him to have been a runner in the contest, but some bookmakers are refunding stakes on the horse. 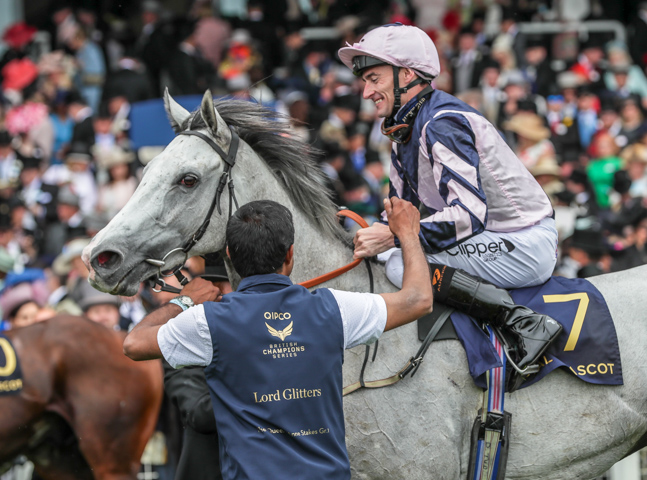 Danny Tudhope scored his third Royal Ascot winner - and his first at Group One level - by coming from last to first to take the opening race of the 2019 Royal Meeting, the £600,000 G1 Queen Anne Stakes, aboard Lord Glitters.

The David O'Meara-trained six-year-old grey, who finished second to Accidental Agent in this race last year, was a 14/1 chance. Beat The Bank was second by a neck at 20/1.

Thirty-three-year-old Tudhope, who recently enjoyed his 1,000th British winner - at Thirsk on June 4 - said: "Lord Glitters deserved to land a big one like this. He is a super horse, and when things fall right for him, he is very good.

"You can forget about his last race, it just wasn't run to suit. We knew he was better than that, as he proved last year when he was second in this race.

"David told me to ride him as cold as I can and to be brave. If there is anywhere you can do it, it is this track because that last furlong is a long, long way. I got a lovely split and the race just panned out perfectly."

"We had a lot of faith in this horse. We knew he was very talented; things just need to fall right for him. That's the way he needs to be ridden so you need luck on him.

"Three years in a row now I've had a Royal Ascot winner, so we're getting there! Hopefully, there are more to come. This is where you want to be, riding in all the big ones. I've got one in the bank, anyway.

"David O'Meara has had a lot of faith in me. I've been there a good few years and we've had some big winners. He's stood by me through thick and thin. I'm delighted for the owners, Geoff and Sandra Turnbull, they are here today and they are great supporters. I'm over the moon for them and they can enjoy this day."

Andrew Balding, who trains the Silvestre De Sousa-ridden Beat The Bank for King Power Racing, said of the gelding: "I'm delighted with that - I have no idea what went wrong at Newbury [when Beat The Bank was unplaced in the G1 Lockinge Stakes] but that was more like him today. The winner is a good horse and there has never been much between them when they've run against each other [Lord Glitters beat Beat The Bank by a neck in last year's G2 Summer Mile at Ascot] and it's a pretty good standard.

"We're quite keen to try him over a mile and a quarter and we might look at the Eclipse Stakes next."

William Haggas, who trains the filly One Master for Lael Stables, said: "I'm not sure she quite got home, and that's what the jockey [Pierre-Charles Boudot] thought. She ran a great race, travelled well and I'm delighted with her.

"She came to win, but just flattened out the last bit, and in this company doesn't quite get the mile. She ran a commendable race, and I knew she would come forward from her run in Ireland, where she became very tired.

"There's only one Group One race over seven furlongs and she won it [last year's Prix de la Foret], so she is saddled with a Group One penalty. That will come off at some point in time, which will help."

Strongly-fancied Laurens (11/2) finished sixth, and her trainer, Karl Burke, said: "The first two-thirds of the race seemed to be going great but she just didn't quicken. I don't know whether we need to think of a step back up in trip.

"P J [McDonald] said that she just couldn't get away from the pack. She did lengthen and quicken once, but they were on her tail and she never got away from them.

"We will get her home, review the race and go from there. As long as she is alright, she lives to fight another day." 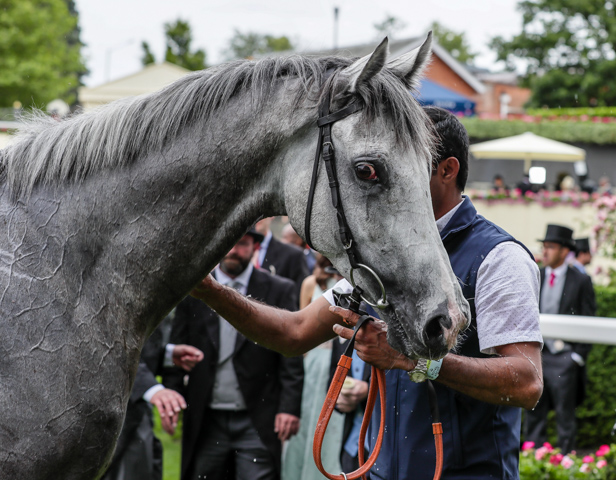