Ten listed wins is the remarkable record of the Joe Pride trained ten-year-old gelding Destiny’s Kiss after he won the $150,000, listed Winter Cup (2400m) at Rosehill on Saturday under Sam Clipperton who remembers the veteran racing from when he was an apprentice.

The result was another boil over for punters on a day of long priced winners with the $2.20 favourite Hush Writer (JPN) fading to sixth after leading past the 300m.

Pride was over joyed with the win, which while punters might have missed supporting Destiny’s Kiss paying $26.00 on fixed odds and $26.70 on the tote, Pride signalled to colleague, Racenet.com.au’s Clinton Payne on Friday that he would not rule out another grandstand performance.

“I am happier with him than what I was last prep, I felt he was really lacklustre, wasn’t finding the line he was just grinding away,” Pride told Payne.

“This time he has re-found his dash, he is finding the line again. I reckon he has got another win in him. He is racing well.

“He will appreciate the track a bit more on Saturday. It is improving but he should be able to get his toe into the ground.

“I think the smaller field is a big plus too. The small fields suit his pattern of getting back.

“I think they will roll along in front tomorrow which will suit him and he will finish in the first four. If he does that I am happy,” he said.

Destiny’s Kiss did just that, but this time aided by Clipperton not allowing him to drift too far back in the field and settling in sixth in the ten-horse field. 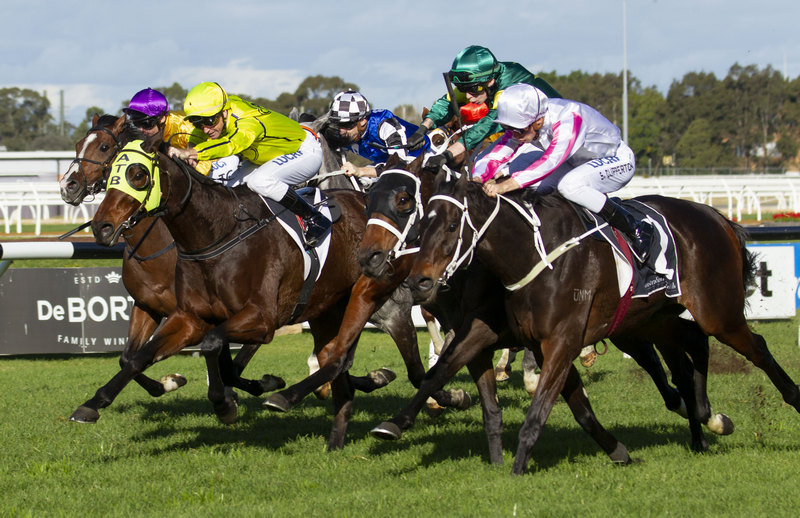 The race became urgent at the top of the main straight with Tim Clark taking Hush Writer to the lead and the market looked to have the order right. Destiny’s Kiss had been left flat footed at the 600m and he was last at the 400m but with companions and apart from Hush Writer he was still in clear striking distance of the rest of the field.

With Mazaz (IRE) (53kg) and apprentice Robbie Dolan inside and High Bridge (GB) (53.5kg) and apprentice Blaike McDougall outside, and Yogi (NZ) (59kg) and Glyn Schofield inside Mazaz, Destiny’s Kiss (58.5kg) made a concerted run for the length of the main straight.

It took until the 100m before they caught Hush Writer and then it was a charge for the line from the four.

An initial broadcast shot of the finish showed Yogi (Raise the Flag) and Schofield had the win, however the photo finish settled it with Destiny’s Kiss in front with a short head margin. Mazaz (Gailieo) and Dolan were third, the margin a head with High Bridge fourth. 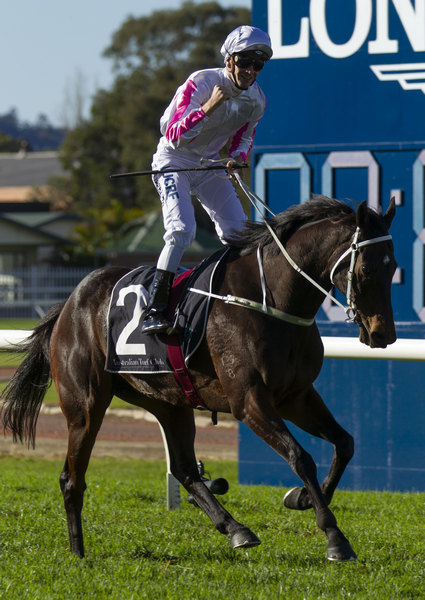 “I am really rapt to win on him as he has been around forever,” said Clipperton.

“I must say Joe told me that he would get to last as that was his racing pattern and he is getting on a bit, so I gave him a nice wake up in the barriers and he jumped straight on the bridle and that was probably the different to giving away ten or twelve lengths, I was only six lengths off him (Hush Writer).

“I spoke to Jay Ford and he said he will always come off the bit, but then he will surge and I was mindful of that. But even when he hit that flat spot he did not lose that much ground. He held it, then he surged.

“I must admit I was not sure on the line, but he was not stopping, so I am really rapt,” he said.

“That was amazing, we won it, we lost it again, a great job for the team at home, Michelle Read who rides him all the time, everyone at the stable just knows this horse so well, they know what he needs and to get him here as a ten-year-old to win this race today is very, very special,” said Pride.

“It was a good field, I was watching them thinking it was a lot different to what we were facing two or three years ago in staying races, big, strong imported horses, but the little Aussie battler got them,” he said.

Destiny’s Kiss, by Power of Destiny out of the Stravinsky mare A Fairy’s Kiss, was racing for the 97th time and this was his 19th victory for owner and breeder Nick Moraitis. With 22 placings his earnings have increased to $1,557,29. 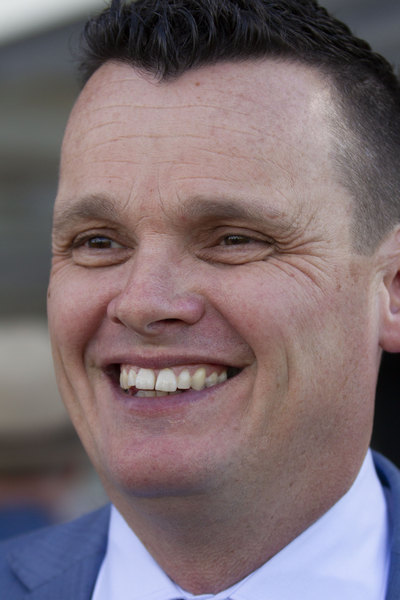 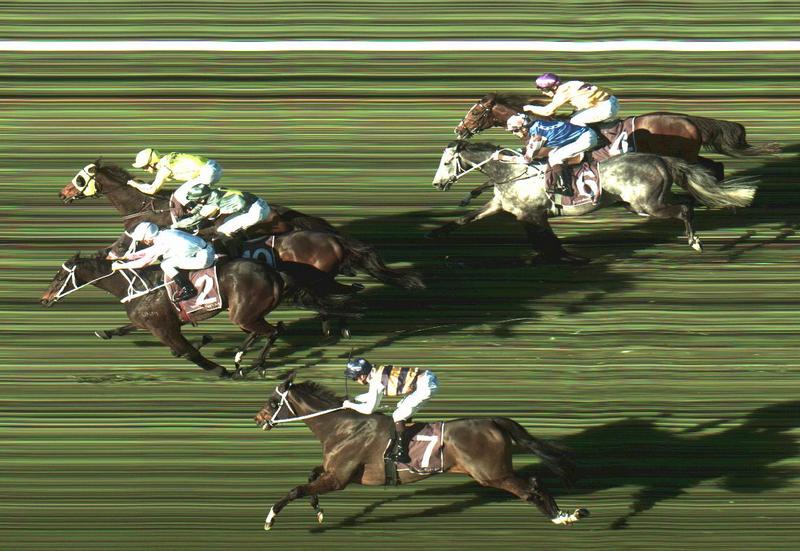